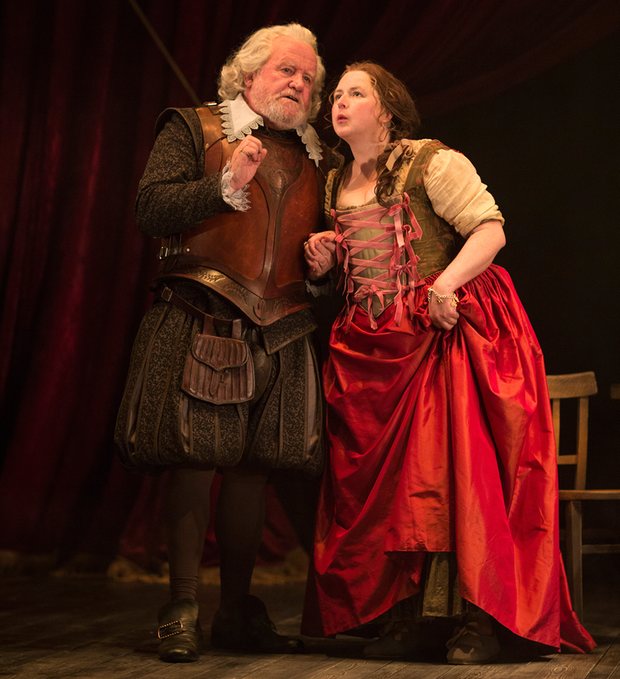 Richard Lutz takes his pew for the Ben Johnson classic that caustically sends up his fellow Londoners of 1610.

While the cat’s away, the mice will play…

And so begins Ben Johnson’s acerbic comedy The Alchemist, when the master of a Jacobean manor house flees London because of the plague and leaves the pile to a  trusty servant and two pals – all three of them highly untrustworthy.

They begin a scam to sell false gold to the willingly gullible, and Johnson the writer caustically sends up his contemporary city dwellers as callow, greedy and either highly cynical or wildly thick. It makes for great scattergun theatre as characters with gloriously flamboyant names such as Abel Drugger, Dame Pliant, Pertinax Surly and Tribulation Wholesome populate the Swan Theatre stage. Everyone, it seems, is as mad as their names.

Hats off to those who portrayed the trio of con artists: Face (played cheekily and manically by Ken Nwosu), Dol Common (a buoyant Siobhan McSweeney) and Subtle (a roguish Mark Lockyer), who all dupe one and sundry, from the tobacconist who pays to have his shop sign correctly placed by astrology, to the greedy gambler Dapper who lusts after gold, to the fatuous knight Sir Epicure Mammon, who wants to have it off with anything in knickers. 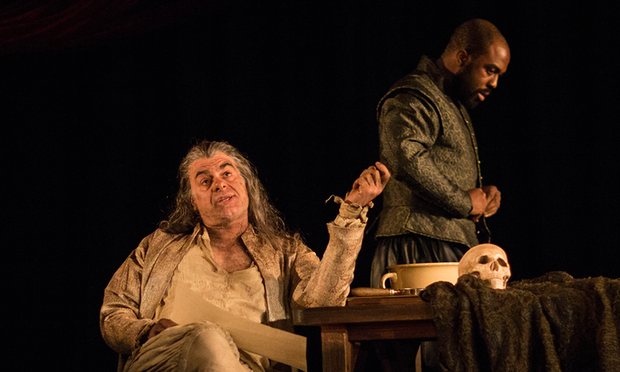 Ben Johnson made his name writing about the cracked foibles of the society around him, unlike Shakespeare who overwhelmingly wrote stories wrapped in history or fable (except for Merry Wives of Windsor). He takes aim at the full range of the city melee around him at the time- saving his sharpest venom for the fundamentalist Protestants who spoke of God but thought only of gold.

But Johnson, it seems, had a weakness. He overwrote as if he was knocking it out by the farthing. Director Polly Findlay gladly made do with a re-write that chopped back 20% of the script and that helps the whipfast action. But even with that improvement, towards the end, despite a galloping romp in the first half, a longeur or two did settle in.