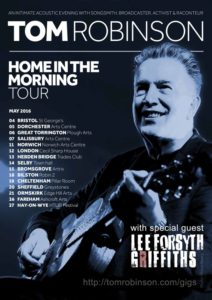 What are you doing giving interviews on a sunny Bank Holiday afternoon?

“I should be in a deckchair in the garden as I’m 65 years old. What I am doing is sweating here rehearsing for a tour, which is nerve-wracking when you’re without a band. You have to rely on your own resources so you have to rehearse a lot more.”

What’s going to be happening on the tour?

“For years people have been asking me for the stories behind the songs. I go out and sing with a bit of nattering in between but they always say they’d like to hear more – do I really have a brother called Martin, questions like that.”

“That’s how I got my present job. A radio presenter saw me performing in 1985 and she liked my voice so I got a job with BBC World Service. I think I’ve been on every BBC station since then except for Asian Network.”

Do you ever tire of playing the hits?

“This is a way of making it interesting for the regular fanbase who’ve sustained me over the years and who funded the album last year. Keeping their interest is vital. They don’t want to hear the same human jukebox year after year but of course you have to play the songs for the people who aren’t regulars. By telling the stories behind the songs it’s nice. The research I’ve been doing, digging out the old press cuttings – I wrote this song with Elton John, I wrote this song with Peter Gabriel, people stop believing you unless you can show them, here’s a photo of me and Elton hanging out with Bob Geldof and Paula Yates.”

You’ve had an incredible life, but if you had the choice when would you like to have been growing up – now, when you did, or some time in between?

“Now is a great time to be growing up. There’s always been doom and gloom as long as I can remember. When I was five the hydrogen bomb was invented, when I was thirteen the Cuban Missile crisis, then Vietnam, and then came punk and Thatcher and the three day week, then the Miners Strike which really looked like the end. Every time, people say what a terrible time it must be to be young but life has never been so good. This is the sixth most prosperous country in the world. It’s a pretty good time to be growing up.”

But there was only one year when a band like the TRB could have broken through, when you could come from nowhere and get protest songs into the charts and that was 1977.

“For sure, we got lucky. I keep pinching myself and wonder how I swung it to have a job where I get paid to listen to music, but Glad to be Gay is the only well-known one of my songs that’s political. If you’d got an audience and you do have a voice where you can reach a lot of people then I guess you might regard it as your duty to tell the truth as you see it but that’s not for everyone. Whatever you’re doing, if you’re a journalist you can write the truth and if you’re a bus driver you can wear a badge that hundreds of people will see.”

You had an absolutely meteoric rise, from pub gigs to headlining festivals within twelve months. That must be unprecedented.

“It was down to one song and that’s what a lot of acts don’t do. I mentor new acts and I tell them that they can spend time travelling, playing, but the time that really counts is the time you spend grinding out the songs. If I hadn’t written 2468 Motorway we wouldn’t be having this conversation now.”

So where’s the modern equivalent of what you were doing back then?

“I’d say look to the urban scene, Reverend & the Makers of course but the whole grime scene is incredibly engaged and active. If you’re looking for a white male acoustic guitarist to sing about man’s inhumanity to man there might not be many of them if you want to find the next Donovan or Bily Bragg but today’s voice finds a different way to do it. The same people are doing cut up videos on YouTube to spread the message and get the word across.” 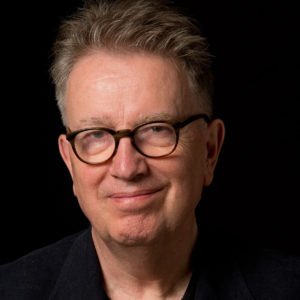 Growing up now, would you be a musician or would you find another outlet?

“Music doesn’t have the same role as it used to. Music was always the bush telegraph of youth culture whereby we knew what was going on in America because of the records they were listening to but now it’s been relegated in importance. My kids are just as happy playing video games and interactive YouTube stuff. If I was young now I’d like to be a podcaster. It’s such an interesting thing. If you get the content right it’s such an interesting way to get ideas across and build an audience.”

What makes you angry now?

“The news. I have to turn the bloody news off, I can’t bear it. It’s just horrible what’s happening but it always was. Through the long, dark years of the seventies and eighties the news agenda was being set for us and that’s happening now more than ever. We have the crooks writing the laws – the people who make the legislation are the ones who are avoiding taxes and influencing the media to blame the immigrants and the benefit scroungers. Just believing in fairness and justice is taking an extreme position. Don’t get me started…”

And what gives you hope for the future?

“Young people. They’re great. I look at my children and their friends, and their values are great. This is still a fabulous time to be alive. A whole generation have grown up with a more relaxed and tolerant attitude towards other people and the world in general. We have to bring them up, encourage them, make sure they respect their rights. It’s so easy to get exploited.”

Do you really have a brother named Martin?

“His name’s Matthew. But that didn’t scan.”

Tom Robinson plays the Artrix, Bromsgrove on Sunday 15th May and the Robin 2, Bilston, on Wednesday 18th May. For tickets, www.tomrobinson.com