I am sitting at JFK’s Borders Agency Kiosk 6B as I hear news that the Republican candidate for Prez will stop Sadiq Khan from entering the golden portals of America.

Mr Khan, in case you live on Neptune’s fifth moon, has been elected London’s new mayor having beaten into the ground the Tory toyboy Zac Goldsmith. He is Muslim and is not a terrorist, despite opponents’ claims that he once may have ridden on a Northern Line underground with someone who knows how to speak Arabic. 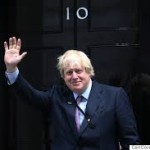 This is not Trump

Donald Trump, chief nutcase blowhard of the Republican Party, has said he will not only ban Muslims from his land. But, seemingly, use them as offshore contract labour to build a wall around Texas.

Trump told me last night at his exclusive golf course just outside Hyannis: “I don’t care if this man, who the British right thinks is linked with terorrism, is boss of London. He will be turned back just as I promised.”

“And,” he added with a sweep of his blond locks, “I will also ban every diplomat from the Mid East, each and every oil magnate from Saudi, and also while I am at it, all of Hilary’s family and everyone who has ever bought a Bruce Springsteen album. I am that serious. We must get our country great again and we gotta figure out what the hell is going on.”

Mr Trump then returned to chewing the carpet at the lounge bar we were chatting in and was led away by a man with a big butterfly net.

Phil, a noted second hand car dealer from Yorkshire, added: “Mayor Khan? Ha!I I hate everyone south of Doncaster. I’m from Yorkskhire, me…”