Free entry for anyone under 25… 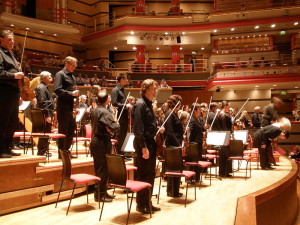 It’s been home to some of the finest performances in musical history; its stage has been graced by Laura Marling, Bruce Springsteen, Lou Reed and Sir Simon Rattle. And now Symphony Hall turns 25 this spring.

To celebrate, Symphony Hall is presenting a one-off concert next month performed by its resident orchestra, the world-renowned City of Birmingham Symphony Orchestra and joined by three up and coming artists.

In a bid to encourage more young people to engage in the arts anyone aged 25 or under is invited to attend The Next 25 for free.

Tickets for over 25s are also available at £10. They’ll be available from Friday 11 March. The performances take place on 15th April.

The concert is a story of 25s and the programme will comprise:

Nick Reed, chief executive officer for Town Hall Symphony Hall, said: “The Next 25 features the enormously gifted Lukas Geniušas, Jamie Phillips and Ryan Latimer, the latter two of which have forged their musical careers in this great city.”

“We truly believe that music can be life-changing and that everyone should have access to great arts and culture, in Birmingham; which is why we are inviting young people from across our community to attend this concert.

The Next 25 is a specially curated performance that features Symphony Hall’s resident orchestra, the City of Birmingham Symphony Orchestra, conducted by 24-year-old Birmingham-born and bred conductor, Jamie Phillips and accompanied by award-winning pianist Lukas Geniušas.

Jamie Phillips, originally from Harborne, is Associate Conductor for The Hallé, a current Dudamel Fellow with the LA Phil, and over his career has emerged as one of the most talented conductors of his generation. 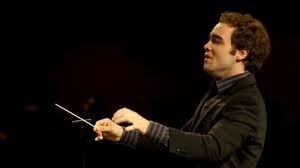 Ahead of the concert, he said: “I’m absolutely delighted to be part of the 25th Anniversary celebrations of Symphony Hall. It was in this concert hall, one of the greatest in the world, that I grew up listening to music, so it is a privilege to be able to return to celebrate with the wonderful CBSO. I’m sure it will be a fantastic occasion!”

Nick Reed added: “This is our small way of saying thank you to a city that has supported Symphony Hall and has enabled it to achieve so much over its lifetime. Without the support of the people of Birmingham, none of it would have been possible.”

“Birmingham is home to some of the most talented musicians and artists in the world, some of which will be performing that night, so, take a few hours out of your usual routine and head to Symphony Hall to experience something truly amazing. This is a chance to try something new and see the best in the world, perform in the best venue in the world, for free. It is simply not to be missed.”