Mazzy Snape with news of a new radio station for Birmingham. 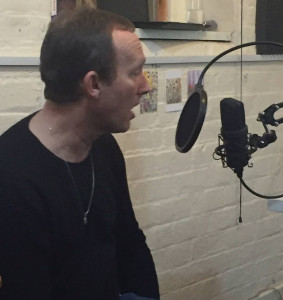 For the past couple of months you may have heard whispers about a brand new radio show in Birmingham, billed as The Alternative Sound Of Birmingham, featuring all manner of music, chat, arts and more. The idea behind the station was to offer an alternative to those radio stations available and to promote all that is great about Birmingham.

So why have thing’s been so quiet up until now? Well the Brum Radio team have been busy doing test broadcasts, recruiting high calibre presenters and producers, and building up one hell of a database of music from local artists. Now they are finally ready to shout about the station, Brum Radio is live and already drawing considerable audiences, from not just Birmingham, but across the globe.

The schedule, although still growing, is already populated with some fantastic shows such as Brum Hour, WordBeatUK, The Soul Hole, UAB Collective, Danny’s Brum & Bass Show, The Chicks Dig Jerks Radio Show, Dine Birmingham, Jack Parker’s Skit Cast and many more. When there are no live shows the musical output is exclusively made up exclusively of music from local artists, both established and up and coming.

As station manager Richard Farmer says, “Brum Radio is about being fiercely independent and different. We are here to produce quality radio programming that punches way above our weight.”

The station has only just gone full steam ahead and we have already had local celebrities involved, Steve Craddock of Ocean Colour Scene appeared live on The Soul Hole on Friday and Fuzz Townsend of Car SOS, PWEI, The Beat and more, has confirmed he will be launching a radio show with us in March. With stars such as Nile Rogers tweeting their support things are off to a flying start!

Brum Radio offers a fresh approach to radio with an established presenter lineup of a variety of DJs, comedians, raconteurs, promoters, local voices and musicians. Their independent status allows the freedom to schedule uniquerRadio programming that’s made for Birmingham and offer a unique viable alternative to the mainstream. They celebrate their launch at the iconic Hare & Hounds in Kings Heath on Wednesday 17th February with a line up o f some of the best in local talent, both cutting edge and local legends.

THE BANK ACCOUNTS
“…that band you want at your party to break up the monotony of getting drunk.” Counteract

Tickets are £8 advance from www.hareandhoundskingsheath.skiddletickets.com/event.php?id=12640879

And if that’s not enough, Brum Radio launch their brand new Book Club Show this Friday at 1pm! Each month, the Brum Radio book show will discuss our book of the month, and we want your opinions. Tweet or email with your views on the book, and take part in the conversation.

The show is hosted by successful Birmingham author Mike Gayle, along with book obsessive Blake Woodham, and they will be talking about all things literary, both within the region and beyond. We’ll have author interviews, news of upcoming book-related events, and anything else that grabs our interest.

Our first book is Number 11 by Jonathan Coe. A series of interconnected stories about the state of Britain today, taking in reality TV, austerity, social media and war, it is bitterly funny and thought provoking. We’ve also got a tie-in with Waterstones Birmingham; if you buy Number 11 from there and say “Brum Radio” at the till, you’ll get £6 off the rrp.

During the show use the hash tag #BrumBooks on twitter to get involved! The first show is on Friday 29th January at 1pm on www.BrumRadio.com

So get reading, and let us know what you think on @brumradio_books