By Sir Howard Elston (DOA), our entertainment editor who lives high on the hog but still lowdown and dirty.

I can reveal from my hilltop hacienda deep in the Sydney suburbs just how Ozzie  media magnate Roop ‘The Snoop” Murdoch ensured the world knew about his shock hush hush top secret under the radar but over the bedpost engagement to uber-model Jerry Hall.
The billionaire publisher of such glittering papers as The Sun, the News of the World (RIP) and other shitty publications secretly recorded a final album before he made the romantic announcement, I can exclusively report.

Snoopy, as he is known to all his mates whom he has bought over the decades, laid down the golden tracks in his Blue Mountain hideaway as Jerry took in the delights of Manley Beach haunts checking out rich people.

Snoop’s album, called Blackstar of Grub Street, highlights Murdoch’s inner fears at marrying a woman at least 450 years younger than he is.

With a face like a dessicated prune that has co-mingled with a turtle and a physical stature that is diminishing by the micro-second, The Snoop’s main tracks include:

The Sun ain’t gonna shine on Wendy Deng no more

The Creep that Sold the World

Snoop began his career in the late sixties when he took to the stage as lead singer of his androgynous rock band  Kelvin Mackenzie and the Spiders from Mars. Since then, ever the trend setter, he has never looked back as he and his staff rumbled through the trash cans of the rich and famous, never hacked the phones of the rich and famous and never paid off cops and civil servants. 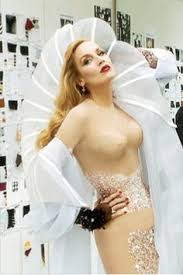 Last night, I caught up with wife-to-be Jerry as she headed for a top notch West End eaterie and basically swanned around and had her picture taken.

“I love all the men in my life,” she whispered in my shell-like ear as we downed Melbourne Moonlighters just like she did when she was linked with Mick Jagger from the Beatles and that groovy looking guy from County Durham who ended up a toff married to the gentry.

I ventured: “Just what attracts you to squillionaire tycoons with money to burn and a short lifespan?”

She confidentially confided: “I ain’t stoopid…. I’m hanging with Rupid.”

And then she bellowed that loud, totally entrancing guffaw that the world is supposed to know about and left clutching back copies of Murdoch’s breast-laden grubby tabloids that has funded the vermin infested non-hacking family he lords over as he enters the marriage scene for the 32nd time in his 18 decade-long life given over to helping the poor, protecting the vulnerable and lending a helping hand to the dispossessed of this world.