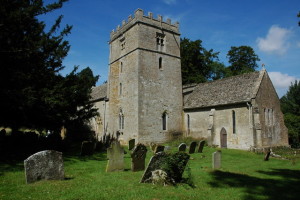 If there is one thing that sets Britain apart, it is walking in its winter countryside. The light is low, it is mostly damp and quiet and mist can roll between the trees. If ever you believed in fairies, trolls or the hocus-pocus of magic, it is in this climate, in this season.

And if there is a single thing in a winter’s day that can only be British (or even more specifically English) it is walking through a winter’s day approaching a remote rural church.

These country churches, quiet, forgotten, slowly deteriorating, are the bones of England. And the more forgotten they are, rather than celebrated and cleaned up, the more they are an emblem to Englishness.

Today, I walked  from the small hamlet of Lower Oddington in the Cotswolds to its church. Not the grand Victorian one that sits pompously on its winding High Street. But St Nicholas, down an old country lane, with a funky arrowed-sign gesturing to the appropriately named Church Lane (what else?).

As one commentator delightfully put it: ‘Oddington is hidden, like an old sea chest shoved away...’

It is a 20 minute walk with a low sun peeping over a wet green field. St Nicholas appears beyond a wood. It is  surrounded by yew and beech. There is a lingering fragrance of wild damp undergrowth, the perceptible sound of falling late leaves or the rustling of tiny animals.  The church, and it is a large one,  sits on a knoll; it’s the last remnant of a lost village that may have vanished after a plague, Thankfully, it’s not closed. The heavy door creaks open, the sound of a 900 year old church. Inside the white stone creates its own low light. The north wall, a big wall, is astonishing. On its faded expanse is a fading 14th century doom painting, a medieval landscape of the damned descending to hell, a warning to those who are foolish enough to ignore the Bible.

It’s hard to make out individual figures  or even individual devils and saints on its canvas, 32 feet long and 15 feet high. It is fading, There are Christ, his apostles, angels, there’s a  trumpet, there’s a devil  and, of course, the hellfire and the damned being plagued by eternal torment. The Puritans whitewashed this vast mural and it was only uncovered 100 years ago and slowly gently, sometimes badly, touched up.

The pictures fade in the fading winter light. And it seems proper. This is an enduring feature of the English church, the forgotten rural English churches from Devon to Northumberland. Things do fade. And it makes sense.

St Nicholas, with its stone roof and on its hillock, has other intriguing treasures. A mural from the 1500s seemingly portrays  the notorious Cardinal Wolsey. It was created while he was still alive. He was Archbishop of York during Henry VIII’s time (as portrayed in the novel Wolf Hall) and used a sumptuous manor house in Oddington which belonged to his bishopric.  Historians think the anonymous painter wanted to show him either as  a paragon of virtue or as a sinister figure as he approached his fall.

An early 19c coat of royal arms commemorating  William IV hangs  above the chancel arch, all very regal and military and out of place. And a Victorian altarpiece had been set  in the east wall by a grieving father for a son killed during the First World War.

But they are side shows.

The beauty of this church is its 700 year old wallpainting, said to be the largest in  England.. The largest, yes, but maybe one of the least known.

The architectural experts, notably Nicholas Pevsner and Simon Jenkins, pay tribute to it and its hidden home-St Nicholas- tucked away in the Cotswolds.

But it takes a creak of an old wooden door on a damp fading day to really understand the belly of England and its painted walls as winter approaches.

2 thoughts on “Finding the bones of England”