“Watch out Trumpie, you’re my dog.”

The bearded politician, who reminds every voter in the UK of their favourite geography teacher, said he will take on the blond bombshell financier initially by turning his back on NATO, the EU, TTIP and the new Star Wars movie.

His first move wIll be to  nationalise all Trump’s dubious properties in the UK and immediately transform them into workers’ holiday camps…if, that is, there are any workers still left in Britain.

Corbyn went on: “Trumpster, you’re in my sights. I’m in town now and its Stakhanovite politics from now on in Blighty.”

Corbyn is already working on his first appearance this Wednesday during the House of Commons’ Prime Minister’s Questions where MPs get to shout at each other incoherently spurred on by soft questions lobbed by backbenchers trying to curry favour with their fickle bosses. 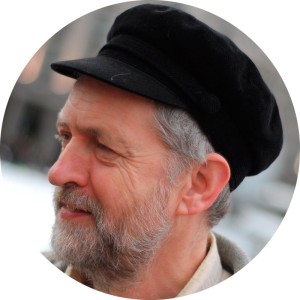 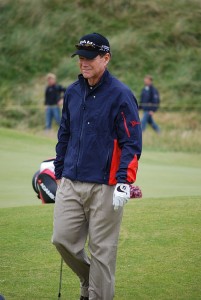 He will also be sitting down with his new deputy Tom Watson (see left, obviously) whose most famous role was as Ed Miliband’s choice to rally the party to win the last election, which ended in utter disaster.

But Watson is known for something else too: as the man who so nearly won the 2009  British Open golf championship but lost in a sudden death play-off to someone who was not Tiger Woods.

Phil, our Yorkshire-based used car magnate and worldly wise commentator, told me over a pint of Theakstons and a tired looking copy of the Northern Echo as he scratched the ears of his favourite whippet and savoured a mushy peas bap: “Eh oop, lad, come the revolution we’ll be putting all those Blairite lackeys against the wall and we’ll publish the Chilcot report into the Iraq war…..maybe.”

“But until that time, let me show you my iPhone pics of my hols in Tuscany and I’ll have another Chablis with the goats cheese foie gras.”

3 thoughts on “Sir Howard on the Tom and Jerry Show”