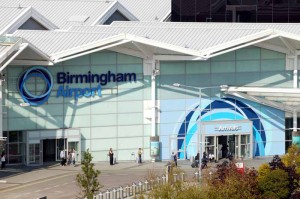 Birmingham Airport has recorded the busiest May in its history, as over 900,000 passengers passed through the terminal last month, a 1.2% increase compared to the same period last year.

Latest figures reveal the Airport handled a total of 904,860 passengers in May, beating its previous record for the month set in 2014 by 1.3%

Scheduled traffic in May accounted for 81% of the total figure, with charter passengers making up the remaining 19%

Paul Kehoe, the airport’s chief executive, said: “May has been another great month for Birmingham Airport in 2015, seeing records smashed yet again. Passenger numbers in May were given a significant boost thanks to the launch of new routes to New York JFK with American Airlines and Barcelona with Spanish airline Vueling, both offering a British Airways codeshare, allowing customers to redeem BA air miles and Avios points.

“Last month represents the fourth record-breaking month this year, which tells me the demand to fly from Birmingham is getting stronger and stronger. This summer alone, we’re getting ready to welcome a series of 34 direct charter flights between Birmingham and Beijing with Hainan Airlines, as well as Emirates introducing a third daily service to Dubai.”