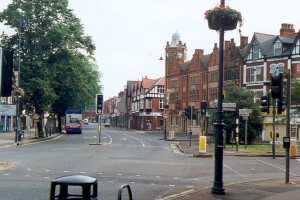 Moseley has been crowned as the best place in Britain for city living, according to the Sunday Times.

The accolade comes just days after the city was ranked as having the highest quality of life of any British city outside of London. .

The neighbourhood, known locally as The Village, has topped a list of Britain’s top 50 urban places.

It beat Bath – best for retired people – as well as London, Edinburgh, Cardiff and Belfast. Edinburgh’s Stockbridge area was judged best for families, described by the judges as offering a slice of village life in the heart of a capital city.

Moseley’s biggest asset, according to the newspaper survey, is outdoor access with the 215-acre Cannon Hill Park with its lakes and formal gardens designed in the Victorian era and the small Moseley Park which is run by a trust.

The judges based their results on hard data looking at schools, crime rates, house prices and transport links, as well as expertise and knowledge of the panel.

In a week’s time the panel of judges will name the best place to live of any town, city or village in Britain.