Sir Howard Elston,  our motoring editor, has that first shock interview with Jeremy Clarkson after the TV star was red-carded by the BBC.

I am writing this deep inside an exclusive posh club in Chipping Norton, home to the stars and nobs who run the country. It is where Lord Jeremy Clarkbottom lives and is hiding out, sadly tweeting his messages to The Sun, after being chucked off his money spinning programme Top Gun.

With his white shirt bulging over the top of his stonewashed Gap jeans and surrounded by his twin muppets, the little guy and the big hairy guy (see below in funny photo), Lord Jeremy told me:“I may be down. But I ain’t finished.” 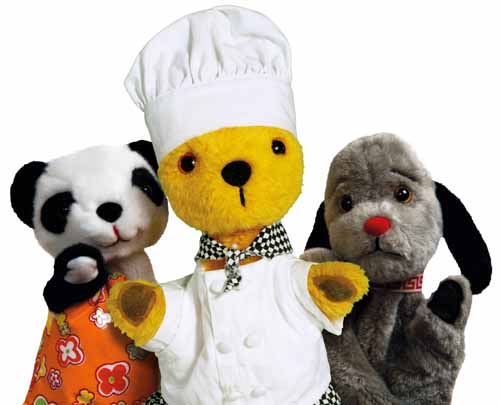 Top Gun Team: Clarko is the one with the cute chef’s hat

“Ever since I left Repton School for Nobs, I have always been an honest chap, thinking of the little man who watches my shows, whether he is an N***, Slo*** or Gordon B***.
It is to them I owe everything though I am £600,000 in the black over the past year from profits from the BBC, which I now own.”

“I say to all my fans: Top Gun is not dead. My new company, the BBC, promises to get it back on the box.

Looking slightly ruffled with his paunchy blotchy face unshaved, he added: “Meanwhile, I visited my producer in hospital after I didn’t punch him and he is fine.” 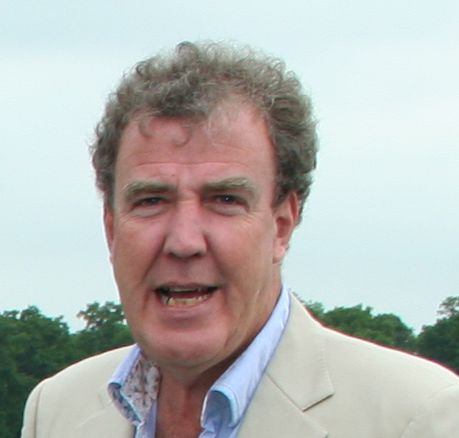 “We have decided that Piers Morgan, sacked editor of the Mirror for publishing faked photos and sacked from CNN for being a jerk, will temporarily take my place on Top Groin until we get in a fight.

“Piers is a special friend of mine though we have traded blows at many freebie third rate award ceremonies over the years. He drives a silver Passat estate with a bruising 1.6 engine and a little thingy that allows his iPhone to play his music, which is crap taste by the way.

Lord Jeremy, who is in the pay or Roop the Stoop Murdoch for pouring his bilge into  grubby newspapers, will attend anger management classes for six weeks before outraged BBC bosses allow him to grace our screens once again.

He will get £6 billion in back pay, £4 billion in sick pay for skinned knuckles and £2.5billion in compensation for  dirtying his white loafers when he and the unnamed un-attacked TV producer rolled around on a buffet table filled with peanut butter muffins over an alleged disagreement about torque power and food.

Phil, a petrolhead from Yorkshire who has been sacked from his own job at ABC Second Hand Cars out of Bradford, commented: “Lord Jazza, whatta guy.

“I added my name to the 67 million others on a petition demanding in the name of freedom and UKIP that he be made BBC Trust boss so he too can grab £524 million a year from HSBC just like that Rona Thingie.”

Piers Morgan (aka Piers Stefan Pughe-Morgan)  was not available for comment. But stated on his twitter feed that he is not commenting. And on his Facebook page said he is not commenting and in the Express wrote a six column vomit of utter nonsense saying he wasn’t fired from CNN from left of his own accord to join Top Junk.