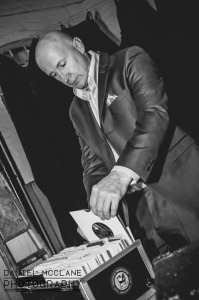 The Light House Media Centre in Wolverhampton celebrated the new hit film Northern Soul when it opened on Friday, by holding an exclusive Northern Soul night to a packed house.

The film, which opened in selected cinemas in response to huge social media demand, sold out for its opening night, with continued high attendance over the weekend. The opening screening was followed by a Q&A with Northern Soul’s costume designer Yvonne Duckett and Dudley actor Daniel Ormerod, who starred in the film.

Guests, who had travelled from all over the country for the event, danced into the night in The Chubb Building’s iconic courtyard. Local vintage clothing specialist Margot McClane helped add to the atmosphere by dressing guests with accessories from the 60s and 70s.

Northern Soul DJs Glyn Preece, Sean Sexton and Julian Clapton kept the dancefloor full all night, with guests complimenting the film on its authenticity and attention to detail.. It continues to screen until this Thursday.

Further information is available from www.light-house.co.uk