From our sports editor Sir Howard ‘The Iceman’ Elston (OBE)

The sports world is reeling tonight with the shock news from the snowy wastes of Norway that Oslo has pulled out of the 2438 Winter Olympics. 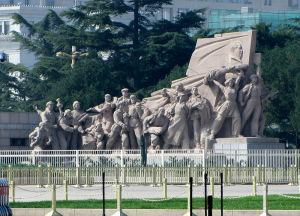 A Norwegian source, reeking of frozen fish, herring and  and ski wax, told me:”‘We just don’t like freezing weather. It makes our lips go all cold. We’re jacking in the whole shooting match.

“That’s why we are pulling out and not because it will cost us £546 billion in bribes to stage the Games.”

This shock decision from the Scandinavian country, famed for many things which I can’t recount as of now, means that the only remaining winter sports candidates are the world famed skiing and skating hotspots of Beijing in China and Almaty in Kazakhstan.

Mick, a well known Cambridge scientist and expert on graft, bribes and fraud told this site:

“Well, the international Olympic Committee now has to decide whether they get their backhanders in Chinese currency or Kazaki reindeer gonads. Let’s wait and see.’

The two nations have well-known links to winter sports. The Chinese continually have to pull frightened citizens out of icebound border rivers as they try to escape a nation totally devoid of human rights. And  Almaty is such a cultural and financial epicentre that the corrupt Kazakh government stripped the city of its stature as the national capital and gave it to a dump called Astana back in ’97. 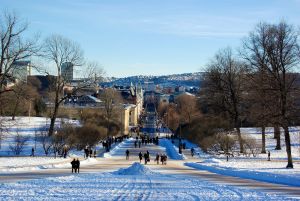 Oslo: Not right for winter sports

My Norwegian source added: “Our kids’ fingertips get cold when they have to ice skate to school. And we get all tangled up in ludicrous long woollen hats that make us resemble simpletons. F*ck the Winter Olympics. We rather watch TV and drink beer.”

Oslo is the fourth (I repeat, the fourth) city to pull out of the scandal-ridden IOC winter horror show because of costs.

Last night an IOC boss, who didn’t wish to be named in case his weekly bribe was taken away, added: “Norway never really had the climate anyway for winter games. It’s just too…errr…wintery. But both Beijing and Almaty represent countries with a long history of loving winter sports. Kazakhis have played professional goathead ice hockey since Tambourlaine murdered half of central Asia. And China has a fine reputation for putting anyone in jail who loses at any competition.”

And second hand card dealer Phil from Leeds and a leading spokesman on Norwegian ethnography said: ‘Ha! The Norsesmen, what a bunch of babies. Serves ’em right for stealing our blessed Yorkshire lands back in 936.’