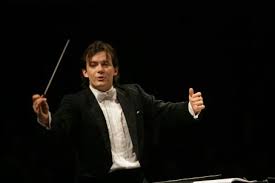 The City of Birmingham Symphony Orchestra announced its 2014-15 Birmingham concert season today, including details of music director Andris Nelsons’ final season in Birmingham. Following a vast programme of orchestral concerts and performances, the CBSO family and audience will say farewell to its popular maestro. Premieres, anniversaries and a host of internationally acclaimed artists will take centre stage as the CBSO looks to the future, continues to reflect on its almost hundred-year history, and celebrates the last seven inspirational years under Andris’ directorship.

2014-15 will mark Andris Nelsons’ seventh and final season as music director of the CBSO. Andris opens the Birmingham 2014-15 season with his critically acclaimed Beethoven Cycle, last performed by the CBSO during 2012-13. Back by popular demand, all nine Beethoven Symphonies will be performed in just four days. Other highlights include Strauss’s Don Quixote, Brahms’s Symphony No.1 and Bruckner’s angelic Symphony No. 7. Andris will conduct Shostakovich’s Symphony No.11, and in War and Revolution he will explore Elgar’s deeply moving wartime music in Polonia, Op. 76, Sospiri, Op. 70 and Une Voix dans le Désert, Op. 77.

Hailed as one of the finest Wagner conductors of our time, Andris will realise a life-long ambition and conduct Wagner’s last opera Parsifal with an all-star cast including tenor Burkhard Fritz and mezzo-soprano Mihoko Fujimura. For his farewell concerts on 17th & 18th June 2015, he has chosen Mahler’s Symphony No 3 – a huge, rapturous hymn to nature,both unchanging and forever renewing, and with the UK premiere of a new choral piece by his fellow Latvian Ēriks Ešenvalds which has been jointly commissioned (thanks to the support of the Feeney Trust) with his new orchestra, the Boston Symphony Orchestra. It will bring the CBSO, its choruses, audience and conductor together in what’s sure to be an emotional evening as the CBSO says thank you to Andris for a glorious and inspirational time in its history.

Andris said: “The beginning of every new concert season is always very exciting, but I must say that this year I feel a certain element of sadness as it is my last in Birmingham. When we perform Mahler’s Third Symphony in June 2015, it will mark the end of one of the happiest and most fulfilled chapters of my musical life. But we have a lot of wonderful music to play first, and I think some of our greatest adventures together may still be ahead this coming season!”

Stephen Maddock, CBSO chief executive, added: “It’s been an incredible time for the CBSO with Andris at the helm since 2008. Audiences both locally and internationally have witnessed many wonderful performances and the organisation’s reputation has continued to go from strength to strength.The entire CBSO family looks forward to a long-lasting working relationship with Andris in the future, and we will continue to watch his career flourish as one of the world’s top conductors. But before we say goodbye, I hope you take these opportunities to enjoy one of the orchestral world’s great partnerships at full throttle!”

For full details of the CBSO’s upcoming season, visit www.cbso.co.uk