Coming up at Bromsgrove’s top venue.

A new production of one of Shakespeare’s greatest tragedies is due to be screened at Artrix early in May. The National Theatre Live’s production of King Lear is directed by Academy Award winner Sam Mendes (American Beauty, Skyfall) and stars Simon Russell Beale and Anna Maxwell Martin. An aged king decides to divide his kingdom between his three daughters according to which of them is most eloquent in praising him. His favourite, Cordelia, says nothing and Shakespeare’s tortuous tale of greed, envy and madness unravels.

NT Live (delayed) presents King Lear on screen at Artrix on Monday 5th May. Tickets are available at £14 (£12)

Aged 14, Chantel McGregor was told by major labels “Great voice, but girls don’t play guitar like that!” Wisely ignoring that advice, she enrolled at the world-renowned Leeds College of Music and became the first student in the college’s history to achieve a 100% pass mark, with 18 distinctions. Now, at 28, Chantel has stepped out in the pro-musician world and her stunning live performances are proving that this is rock blues for the new age, played by a musician born with an effortless virtuosity, peppered by flights of incendiary guitar and flanked by moments of poise, grace and fluidity. 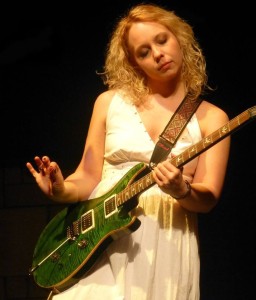 When asked about performing on stage, Chantel said, “Playing live to great audiences is one of the most wonderful feelings, I feel so lucky to be able to do something that I love, see the world and bring happiness to others through my music.”

Chris Wood started out as a choirboy and much of his music bears the influence of those years spent with the likes of Bach, Handel, Gibbons and Boyce. Criticised by an art school lecturer as having “a remarkable eye for trivia” Chris’s love of small things has made him one of England’s most vivid and arresting song writers. With gentle intelligence he weaves the tradition with his own contemporary parables. 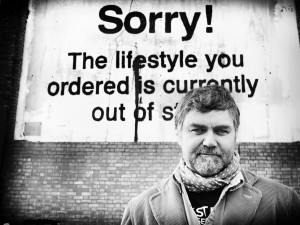 Throughout his career, independence has been balanced by collaboration. Joan Armatrading presented him with the 2011 BBC Radio Two Folk Singer of the Year award before inviting him as special guest onto her 2012. They played 51 cities and Wood found himself eavesdropping on conversations from pound shops to tea rooms, army recruiting centres to hotel saunas collecting the poetry of recession. His response is, None the Wiser, a fourth solo album released in Summer 2013. With humble hymns and sweeping statements, Wood lovingly takes the pulse of his homeland in what could be his best album yet.

Tickets for all these shows are available from the box office on 01527 577330 or at www.artrix.co.uk