Theatre, music and family half-term fun have been announced for February at the Artrix in Bromsgrove. 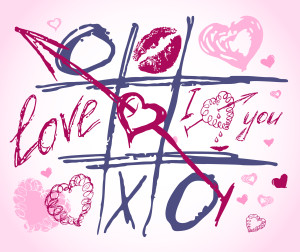 The Reform Theatre’s production of My Romantic History is a modern rom-com which is in turns hilarious and thought-provoking. The beauty of this play is that we get to hear both sides of the story. So while Tom has been trying to shake off Amy, Amy has been wondering how long she has to keep it going. Meanwhile, both Tom and Amy are still hankering after their first, rose-tinted, tattoo-inducing brushes with love.

Spine-chilling stories, magic and dinosaurs are amongst the family events on offer this half-term.

Daniel Dory, armed only with a satchel of spine-chilling stories, stumbles into Tumblewater by accident.  The fearless orphan then sets out to defeat big bully landowner Caspian Pye and rescue the girl in the distant room.

Then on 21st February, audiences will witness mastery of card manipulation, death defying stunts, mind boggling sleight of hand and spectacular illusions from Champions of Magic. The performers include Young & Strange who are responsible for some of Britain’s best large scale illusions and Fay Presto who has been personally requested to perform for the Queen six times.

Little people aged 4+ and their families have a special invitation from Old MacDonald on 23rd February to help him solve a problem. His animals have gone missing and he needs help finding them! Old MacDonald had a Farm brings to life all the best-loved characters along with a magical medley of games, giggles and sing-along songs

Finally there’s a treat for dinosaur lovers on 17th, 18th, and 20th February when underdog pachyrhinosaurus Patchi triumphs against all odds in the movie Walking With Dinosaurs.

Teasel Theatre presents Grisly Tales from Tumblewater on Monday 17th February in the Artrix Studio at 7 pm. Tickets cost £10 (£8). Suitable for ages 8 years and over.

Champions of Magic are performing in the Artrix Theatre on Friday 21st February at 8 pm. Tickets cost £17 (£14) – suitable for ages 8 years and over.

Walking with Dinosaurs is screening at 2.30 pm on Monday 17th and Tuesday 18th February. There is an additional accessible screening on Thursday 20th February.

The performers include harmonica blues legend Keith Dunne, top bottleneck slide guitarist Michael Messer and well-known country blues singer and guitarist Michael Roach. The trio will be running classes for blues musicians over the weekend Friday 28th –2nd March and the performance on Saturday is one of the highlights of the Acoustic Blues weekend. This annual event gets more popular every year so early booking is advised.