Furious viewers have written to top level media bosses complaining about coverage of a large extended transient family living off the state and not working as shown in the controversial  tv show Benefits Palace.

The 123-part documentary, filmed in an unnamed part of London, shows a royal family supported by maximum benefits, refusing to find employment and shifting aimlessly from one home to another as they scrounge off the taxpayer.

One irate viewer told me: ‘This is unfair. The Royal Family brings a sense tradition and history  to this fair country of ours and helps us live in the illusion that it is 1888.‘

‘They do things like cut ribbons at leisure centres, go to horse shows and wear nice uniforms.’

‘Why should they be highlighted and set up for ridicule?’ 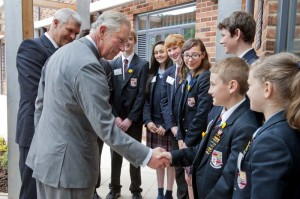 Charles: street begging to get cash

In the tv show, royals are shown to:

Many of the royals, the show contends,  are totally supported by their annual dole check from the taxpayer- though some have been known to join the armed forces  and protect Britain to  earn their keep.

The Storm in a Palace  comes as the annual cost to the taxpayer of supporting the Queen is rising by £5m, following changes to the way the monarch’s role is funded.

Andy: Likes to dress up

And, it also erupted  as  a watchdog group of politicians say that Buckingham Palace, the public housing unit where the family lives,  should be opened up more  so the Royals don’t spend spend spend‘ all their benefit dole.

Phil, a long-serving president of the George VI  Fan Club, and owner of Phil’s Value Auto-Mart in Ilkley Moor commented:”Three cheers for the Windsors and the Wales..  errr.., that’s about it, basically.”