Accolades for Birmingham and Coventry. 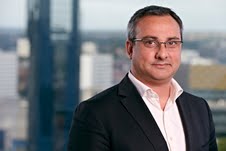 Two local universities are celebrating after being ranked the best in the country. The University of Birmingham has been named University of the Year according to the Times and Sunday Times Good University Guide 2014, the most comprehensive guide to higher education in Britain.

Judges particularly praised the university for its innovative approach to student recruitment this year when it made 1,000 unconditional offers to applicants who were predicted to get at least AAA at A-level. This helped the university recruit some of the brightest school-leavers in Britain, while taking the pressure off the sixth-formers when they sat their summer examinations in June.

Commenting on the news, Neil Rami, Chief Executive of Marketing Birmingham – which is responsible for promoting the city as a place to visit, meet and invest – said: “It is a tremendous accolade for the University of Birmingham to be recognised as the UK’s leading higher education facility by The Sunday Times – and is testimony to its outstanding performance in recent years. The acclaimed title further cements Birmingham’s status as a world-class university city, which provides an unforgettable experience for the 78,000 students that study here. Producing some 25,000 graduates each year – over half of which go on to find employment in Birmingham – our young talent are a key driving force behind the city’s economy.

Meanwhile, Coventry University received a further boost with the news that it has been rated the ‘Modern University of the Year’ by the Guide. The university has leapfrogged into 45th place in the overall rankings – up ten places from its position in the current guide and the highest listing ever for a modern university – to seal its place as the country’s top modern university.