Yet more acts announced for next month’s extravaganza. 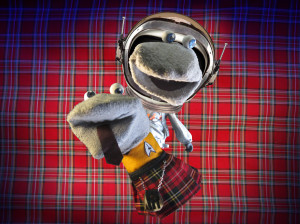 The latest additions have been made to this year’s Birmingham Comedy Festival. Alongside appearances by such previously announced A-listers as Russell Brand and Adam Hills (plus Tony Law, Joe Lycett, Robin Ince, Mrs Barbara Nice  and many others), have been added:

iTunes chart-topping musical comedian Adam Kay blasts into the Glee Club (8th October) for Amateur Transplants: Adam Kay Is Going To Number One – a chance to check out the cult star up close.

Finally, after grabbing some great 5-star reviews at the Edinburgh Fringe Festival, the University Of Birmingham’s Footnotes present an evening of sketches and merrymaking at Six Eight Kafe (11th Octob er).

Other highlights of the city-wide festival include:

* A pencil drawing of Ronnie Barker

* A former sex industry worker (who promises to tell all!)

* One of the UK’s leading burlesque performers

* A song about David Cameron

… and that’s just for starters.