A couple of theatrical dates next week. 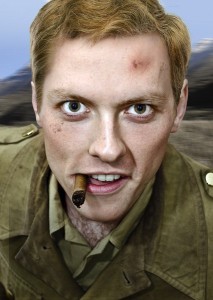 This frenetic feast of wit, excitement and hilarious harmonies will have you laughing throughout whilst they present their own unique take on Alexander’s Dunn much loved classic adventure story, complete with a capella harmonies. Described as “As much fun as it’s possible to have in a theatre” If you want great unique comedy, this is the show for you.

Then on the following night 25th September at 8pm the renowned Fol Espoir theatre company presents Winston on the Run, the amazing story of Young Winston.

It’s 1899 and escaped prisoner of war Winston Churchill is in a fiendish spot of bother. Lost in the African Savannah wanted dead or alive and hounded by scathing words of his deceased father, how will he survive and emerge triumphant?

Experience the coming of age of Britain’s greatest hero in this gripping true story of adventure, audacity and imperial folly. Described as a “gem of new writing,” come and hear the amazing story of Churchill before he became Britain’s most famous prime minister.