The Artrix theatre in Bromsgrove have a couple of live dates lined up next month.

First, former Britain’s Got Talent star Julian Smith is due to make a welcome return to Artrix on Fr iday 13th December for his annual show. 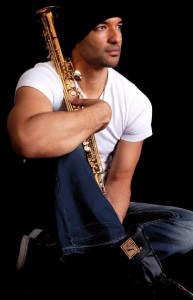 Julian’s appearance on Britain’s Got Talent in 2009, when he came third, was a life-changing experience. A graduate from Birmingham Conservatoire, his TV appearance brought his powerful saxophone talents to national attention and gained him legions of admiring fans.

He has played on thousands of successful recordings, including his solo album Chilled 2 the Sax and the multi-platinum selling Chill Out Classics album series. His show at Artrix will cover a cross-genre programme of classical, pop, soul and jazz greats.

Then the following night, Saturday 14th December, sees one of England`s finest singer/songwriters presenting a rich mix of traditional carols and new songs. Folk legend Johnny Coppin will be joined by Paul Burgess on violin and recorders and Mick Dolan on guitars for the festive evening which will also include seasonal readings.

A former member of the band Decameron, Johnny’s solo albums include Edge of Day with writer and poet Laurie Lee, Force of The River, The Winding Stair and the latest CD Breaking The Silence with Mike Silver. On tour he has supported Gerry Rafferty, Jasper Carrott and the Albion band and has appeared at music festivals across Europe.

The theatre has also published its winter brochure. The Sooty Show, War Horse, Barnstormers Comedy, the Counterfeit Stones and Philomena are amongst the highlights at the theatre, now in its eighth year.

Creative director Andy Woods said: ‘We believe that audiences old and new will be delighted with our winter programme. Whether you like ballet, rock music, cinema or theatre then we have something for everyone’

Copies of the new brochure, which lists events up until mid-March 2014, are available at Artrix now.

For further details and to book online for all events at the venue events visit www.artrix.co.uk or call the box office on 01527 577330.