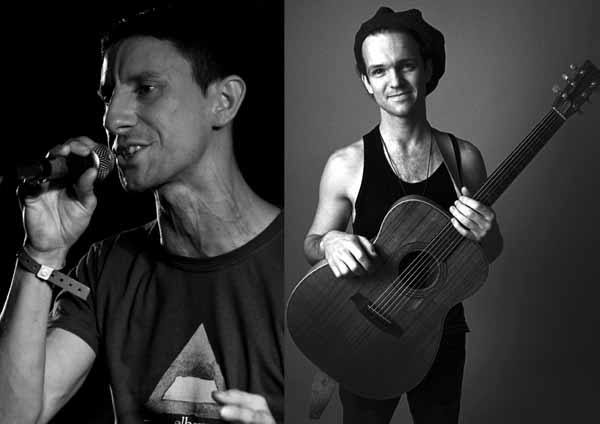 Luke Concannon (Nizlopi) is fresh from finishing his new album, inspired by his hitchhiking mission to Palestine. This is soul fired, folk hip-hop from the depths. With Nizlopi, Luke experienced the heights of Top Of The Pops, playing Wembley Arena, Hyde Park to 20000 people, and selling close to one million records, all from an independent family and friends run record label operating out of one room in his parents’ house.

Self-styled ‘Wizard of Words’ Jimmy Davis has been busy in the last few years. Within 2 months of finishing his debut solo album Belief Passion Commitment (2011), he was invited by chart toppers Nizlopi to support them on a nationwide tour.

With his second album due for release in Summer 2013, Jimmy has spent the last two years playing shows around the country with his band The Barefoot Apostles. This has included performances at Glastonbury, Croissant Neuf Summer Party, Barn on the Farm festival, and supporting Ed Sheeran at Shepherds Bush Empire & Brixton Academy.