A student from Coventry School of Art and Design has won first place in a national art competition. 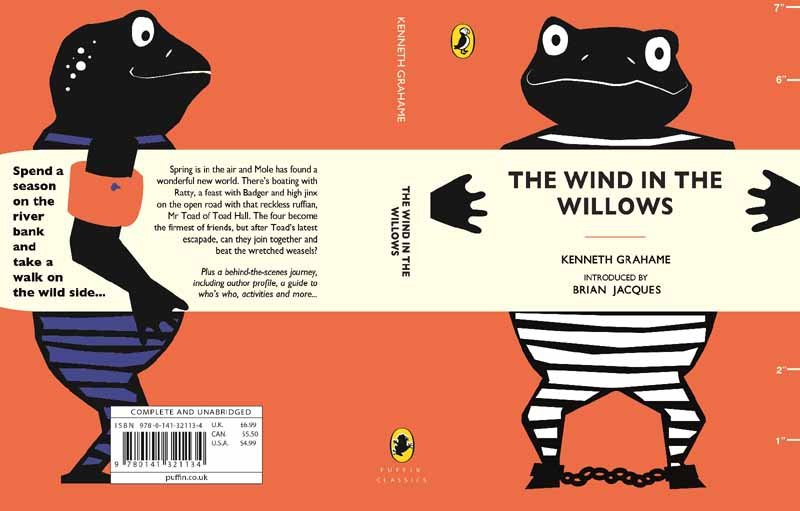 Graphic Design student Vicky Mills, aged 21 from Solihull, has won the Puffin Children’s Prize at the Penguin Design Award 2013. The illustrious competition challenges art and design students from across the UK to come up with new book cover artwork for classic adult and children’s titles.

The brief for this year’s contest was to design a cover for Kenneth Grahame’s classic The Wind in the Willows and Vicky emerged victorious at the award ceremony in London on Wednesday 19 June 2013, wowing the judges with her quirky, humorous concept.

In addition to her cash prize of £1,000, Vicky will be invited to spend four weeks at Penguin Children’s design studio on placement, working closely with the company’s Art Director Anna Billson on live briefs.

Vicky, who has just completed her third year of study, was one of four students from Coventry School of Art and Design to have made it onto the final shortlist of 20 from almost 1,400 entrants across both the children’s and adult prize categories.

Puffin Children’s Prize winner Vicky Mills said: “I’m absolutely thrilled to have won such an esteemed award. The standard of entries was so high – especially those submitted by my fellow entrants from Coventry University – so I feel really honoured to have been voted number one.

“For my design I chose to depict the event of Toad’s arrest and imprisonment, with a mug shot which illustrates his troublesome and mischievous behaviour and which is crucial to most of the events in the book.

“I’m obviously very pleased that the approach I took appealed to the judges.”

With four finalists in the ten shortlisted for the Puffin Children’s Prize, Coventry School of Art and Design had more representatives than any other art college or university in this category.

Simon Bell, Course Director of the BA Graphic Design degree at Coventry School of Art and Design, said: “First and foremost I’m delighted that Vicky has won the Puffin Children’s Prize at this year’s Penguin Design Award and I’d like to congratulate her on what is a magnificent achievement.

“This competition is highly prized in industry circles and winning this award and all that entails will give Vicky a terrific boost as she embarks upon her design career.

“I must also praise our other students who made it onto the final shortlist – that’s a terrific accomplishment in itself and is something of which they can be very proud. Their success also reflects well on Coventry School of Art and is testimony both to their individual talents and to the quality of training they have received here.”

Anna Billson, Penguin Children’s Art Director said:  “Vicky’s cover stood out as a winner from the start. A clever concept, with fun and quirky touches, which has been confidently executed to appeal to everyone. The intelligent development of the design has really showcased her skills.”

The other Coventry School of Art and Design students shortlisted for the Penguin Design Award 2013 were:  Prince Arora, aged 22 from Cradley Heath, West Midlands; Nabaa Baqir, aged 20 from Oman; and Paul Harris, aged 22 from Coventry.

Vicky’s winning design and those of the other shortlisted entrants can viewed on the Penguin Design Award 2013 website.