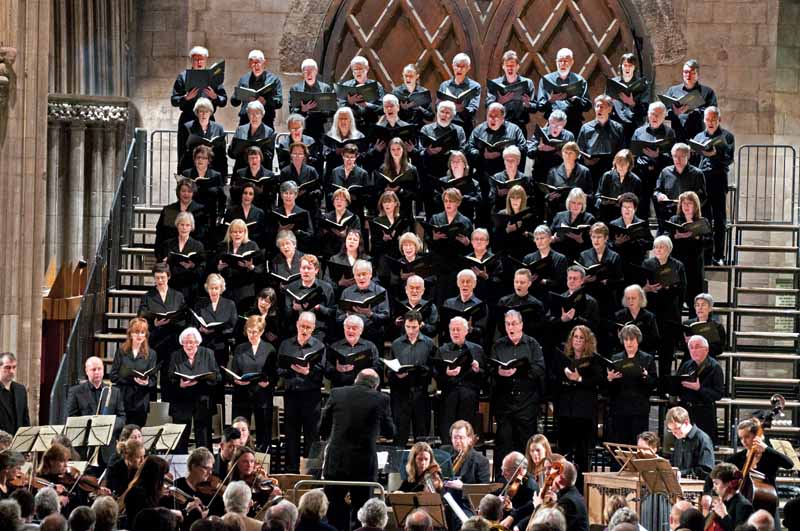 Entitled Sacred German Voices, the concert – which will be performed at Great Witley Church, Worcestershire (29 June 2013) and at Birmingham ‘s The Oratory (6 July 2013) – features three pieces by Johannes Brahms and one by his contemporary, Josef Rheinberger.

“The music is a richly-coloured tapestry of romantic choral music from the late 19th century,” explains Paul Spicer, Birmingham Bach Choir’s Conductor, of the concert programme. “It represents two composers at the height of their powers using the double choir format to create a fantastically rich texture of choral sound which will fill the venues, and sound sublime.”

Born in Hamburg in 1833 the son of a musician, Brahams was playing concerts from an early age. He composed steadily right up until his death in 1897, with his concertos, symphonies and choral works still concert staples today.

Written around 1856/1857, Missa Canonica was initially penned as an exercise, but when Brahms asked trusted friends for comments, it proved so popular, the composer later published the work and it gained in popularity. However, it’s rarely performed today.

Dating from the same period, Geistliches Lied is an example of Brahm’s work for church choirs and is deceptively complex for such a relatively short piece. This is complemented by 3 Motets Op 110, his last compositions for mixed choir and penned in 1890.

A child prodigy, Rheinberger was born in 1839 in Vaduz , along the Rhine in Liechtenstein. At the age of seven, he was serving as organist in his local parish church, and within a year was performing his own compositions.

Dating from 1878, Mass For Double Choir is one of a dozen masses by the composer, but the only one for double-choir – making it a challenging work for a single choir to perform.

“Rheinberger’s choral music is not very well known at all and it is amazing that it isn’t as this Mass setting is one of the most beautiful of the period, says Paul, adding: “This will be a richly heart-warming concert to attend, and music which the Birmingham Bach Choir will perform with grace, skill and panache.”