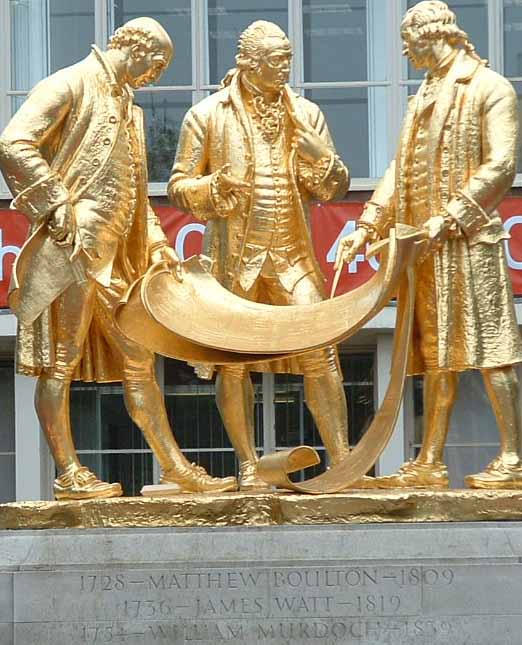 The book on Matthew Boulton* (1728-1809) left me wondering how far the character of Birmingham and its people can be divined from a study of the products he made and sold in 18th Century Birmingham. 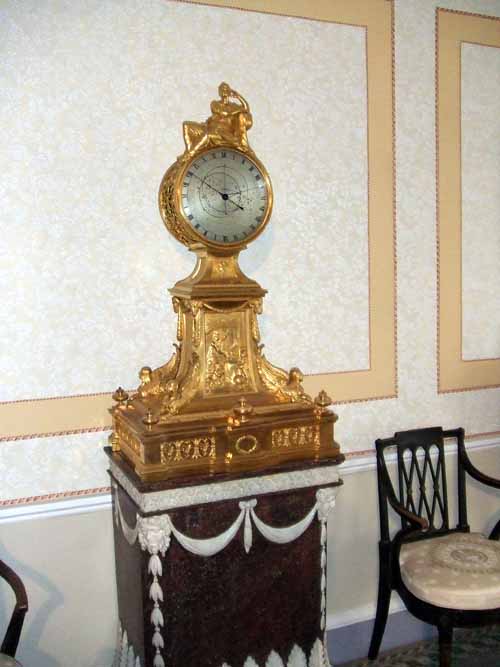 Take ‘Ormolu’, a technique much liked by Boulton and heavily featured in the book – shiny gold on the outside, cheap material on the inside – like Sheffield plate which was made by rolling thin sheets of silver over a cheaper base metal. And Boulton’s Soho House was clad in slabs of slate and painted to look like masonry. Andy Foster (2005) notes that it gives the walls the appearance of finely jointed ashlar. The stone texture was achieved by adding sand to white lead paint.

The way in which things are made can also reveal a lot about the maker. Boulton’s Candlesticks were produced by a manufacturing process rather than a craft process – many bits put together to create a product that looked expensive and hand-made but which was mass produced and therefore more affordable than solid gold. In Plate 50 a Candle vase is dismantled to show 49 parts and an iron base onto which they were fitted. The processes used must have included stamping and cutting thin sheets of metal, pressing sheet metal pieces into shape using dies, later adapted to coin production in the Mint, turning using lathes, drilling and thread cutting and final assembly

Birmingham’s car industries developed along these lines with the supply chains of little firms making hundreds of bits to a pattern without needing to know how they fitted together – an early form of the production line system.

The book pays a lot of attention to the silver and ormolu wares as if to acknowledge Boulton’s efforts to become not just a silversmith but a big-selling one. He was adept at propaganda and sales-talk – using images and guided tours of his factory to impress his customers. Not an artist himself, he collected books which his ‘artists’ would copy or imitate in their designs.

He is known for his steam engine business with Watt but he could have gone on making his own products at the Soho works using water power only. He understood that introducing a steam engine, even a small one, ‘modernised’ the image of his factory. The making of large pumping engines for Cornish tin mines was actually nothing to do with Boulton’s core business at Soho. 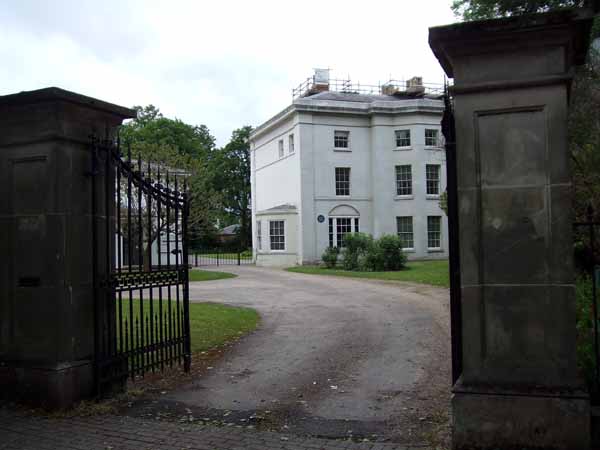 Boulton saw himself as a modern manufacturer who sold his goods direct from the factory without using a middle man. This was a 100 years before William Morris (1836-98) did the same with Morris & Co. But neither Boulton nor Morris made a large and lasting fortune from their endeavours. Both were too interested in other things – Boulton wanted to impress the great and good who often failed to pay their bills, Morris was too concerned with beauty and craftsmanship to reach the masses. Boulton was wedded to machinery and mass production but Morris despised mass-produced goods.

The book records ‘It made good economic sense to cater for the shifting tastes of this fashion-sensitive clientele [overseas trade] then; Boulton was not alone in spotting this opportunity. Along with fellow manufacturers he worked tirelessly to make his native town attractive to visitors, reasoning that the more there was to see and do, the longer travellers would stay and the larger sums of money they would spend.’ The British Industries Trade Fair, Bingley Hall, the National Exhibition Centre, the International Convention Centre and the Library of Birmingham were inspired by the same idea.  As the book concludes, ‘This craving for praise and fame, which in the final analysis seems to have outweighed all other considerations (power, wealth, an abiding legacy), provides the linking thread of his adult life.’

Driven by a bitter rivalry with London, Boulton campaigned successfully against the powerful jewellery trade in the City of London for Birmingham to have its own Assay Office. It still exists today.

In his Foreword, Mike Whitby, then Leader of the City Council, wrote  ‘The City of Birmingham is still renowned for nurturing innovation, aspiration and industry, and our local spirit still embraces those same characteristics which made Matthew Boulton such a successful and well-loved figure.’