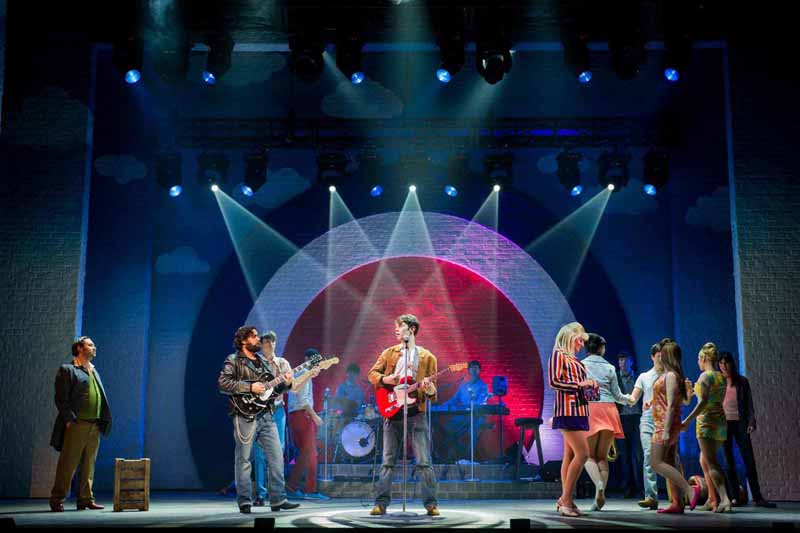 For six days only the sounds of the swinging sixties and Carnaby Street have transferred themselves to Birmingham’s New Alexandra Theatre, giving those who fondly recall the music of that decade an opportunity to wallow in a nostalgic two hours of personal memories – whether good, bad or indifferent!

Music tastes vary as decades come and go but for those that simply can’t forget, and I’m one of them, it led to me asking myself “Was it really that long ago?” Sadly, it was.

Such a question is posed between the songs, as a newspaper seller reads out headlines that at the time were a mixture of ridiculous opinions uttered by politicians and events which back then were deemed impossible. Mobile phones and miniature cameras? Pure science fiction. And as for men walking on the moon…

But they all happened, as did the transient period from which a host of unforgettable songs were belted out, much to the delight of a near full house audience.

There is a story line but in truth it’s merely a backdrop. Tony, a Liverpool lad complete with guitar, takes his first faltering steps to fame, meeting many incredible and eccentric characters on the way. It’s the songs that led to the all standing, applauding, delighted audience joining in a singalong of 1960 hits from band and singers alike.

Doo Wah Diddy, Son of a Preacher Man, Sweets for My Sweet , Twist & Shout , I Like It, Keep on Running, Downtown. All these and, as the saying goes, many more.  There were excellent performances all round from a cast which included Verity Rushworth, Aaron Sidwell, Tricia Adele Turner, Matthew Wycliffe, Paul Hazel, Mark Pearce and Cici Howells.They, together with the rest of the cast and the impressive musicians, all contribute to a very nostalgic and enjoyable evening.

In a nutshell, if you enjoy the songs of the era, whether it be from the Beatles, the Rolling Stones,Tom Jones, Petula Clarke, whoever is your particular sixties favourite, this is the show for you.