A rail lobby group has suggested that the new “micro-franchise” for Anglo-Scottish sleeper trains should improve links between the West Midlands and the Scottish Highlands. 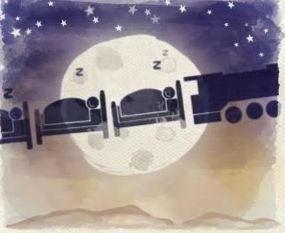 The service is currently operated by First ScotRail, with two trains operating between London Euston and Scotland six nights a week.  A new “micro-franchise” for the sleeper is due to be implemented to take effect from April 2015. The UK Government has committed £50 million for the continuation and improvement of the service, which has been matched by the Scottish Government in Edinburgh.  The Scottish Government are looking for an increase in passenger numbers.

Campaign for Rail has suggested a Birmingham stop be included in the timetable of the “Highland” sleeper service, which would allow overnight travel  between the Midlands, Oxford, Reading and Bristol and Aberdeen, Inverness and Fort William   This would provide an alternative to flying and allow business travellers to have a full day available (particularly valuable for those working in the oil industry) – whilst connecting “Shakespeare Country” and Highland Scotland together, two of the biggest draws for tourists to the United Kingdom.

CfR has submitted a paper to Transport Scotland outlining the case for incorporating a Birmingham stop.   Transport Scotland has recently opened the franchising process, and has advised CfR they will circulate a copy of the paper to all of the bidders for the “micro-franchise” for their consideration.  The agency says it will be looking for “innovation” from companies interested in operating the service.

Don Barton, Chairman of Campaign for Rail, said: “The new franchise offers an opportunity to improve connections between Highland Scotland and a large part of the UK by changing in Birmingham.  The Sleeper is a “green travel choice” compared to short-haul flying and enables a full day to be available in Scotland for business travellers and tourists.

“First ScotRail has  done an excellent job operating the service and increasing patronage.  We hope the new franchisee from 2015 will build on this work and, by improving connectivity with a Birmingham call for the Highland Sleeper, it will give the service a long-term future, boosting the case for further investment”.