Naomi Tolley has paid a visit to Tiger Bills and brings us a review of a recent addition to Birmingham’s burgeoning culinary landscape. 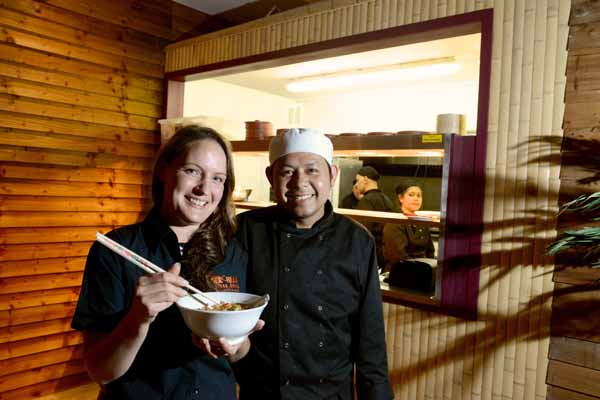 The new, spotless kitchen at Tiger Bills Birmingham is packed to the rafters with spices, herbs, sauces, and oriental ingredients of many colours.

It is here, upstairs at the recently launched Thai eatery off Broad Street, where head chef Bay and his team of staff professionally cook up cuisine for up to 140 covers.

“My mother owned her own restaurant in Thailand,” says Bay as he flambés a popular dish for a customer. “My mum was busy cooking for the customers every day, which meant I had to learn her recipes to be able to cook myself,” he says.

It’s a hive of activity here and Bay clearly handles the pace with a calm professionalism. Growing up and training as a chef in Phuket, in the South of Thailand, the cuisine of his homeland has given him a solid grounding in the art of Thai cooking.

“There is something special about Thai food and what sets it apart are the keys ingredients like galangal, lemon and lime leaves,” says Bay. Coconut milk also plays an important part, given the stacks of the stuff which sit atop a work surface next to the six-ring hob. 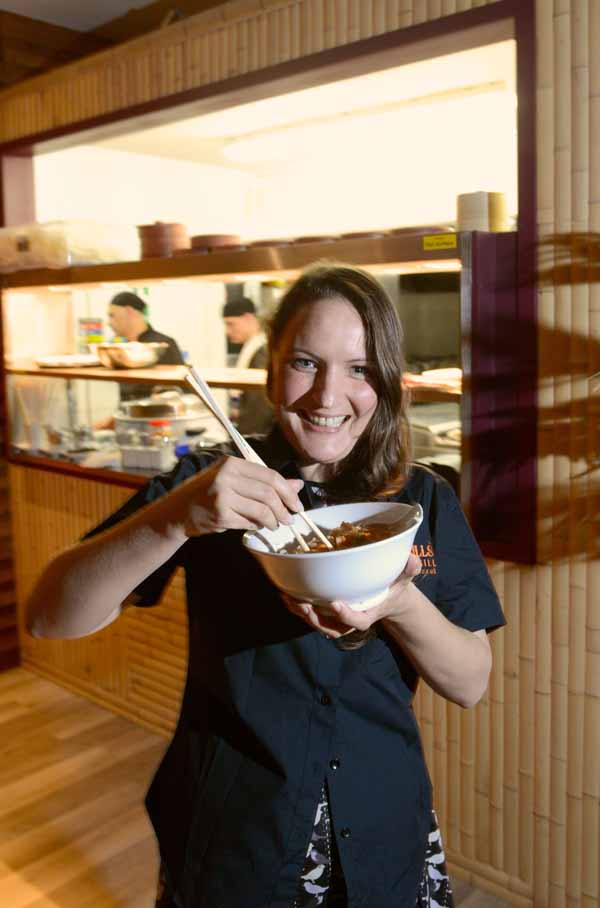 But Bay’s favourite Thai dish is what I’m here to learn about: Pad Thai, prawn Pad Thai to be exact. I watch Bay crack an egg perfectly into a piping hot wok before adding chicken, noodles, soya sauce, Pad Thai sauce, peanuts, a dab of sugar and fresh veg. “Watch and you will do this next,” he says while mixing it all together at a pace just perfect for the dish not to burn.

I repeat the process under Bay’s watchful eye, using prawns instead of chicken. The result: “Nine-and-a-half out of 10,” says Bay. “He is a very good teacher,” adds his wife, who works alongside him in the kitchen.

“There is something very special about a husband and wife team,” adds one of the waitresses. And I couldn’t agree more. After just 30 minutes in the kitchen with Bay and his team, it’s obvious he has an edge to cooking the culinary creations of his homeland which is unmatched in this corner of Birmingham.

And that is why a visit to the new Tiger Bills in Birmingham is not to be missed.