Solihull School has paved the way to sporting excellence for female pupils after expanding its Physical Education Department. 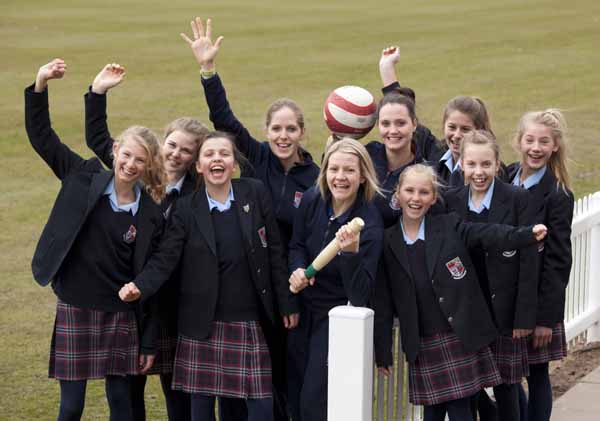 The independent school in Warwick Road has appointed a team of three fully trained graduate teachers to enhance the competitiveness and choice of PE and games activities available for girls from the ages of seven to 18.

The move has accompanied the launch of sports scholarships, greater links with local clubs, and the recruitment of Olympic stars as coaches and role models at the School, which went fully co-educational in 2005.

Kim Daly, a specialist in swimming and trampolining, is teaching PE in the Senior School and Sixth Form and holding twice weekly pre-school fitness classes.

The team has already increased the number of representative fixtures, with B teams now established for under 12s and under 13s. The launch of C and D teams has now given every girl in Year 7 the chance to play competitive sport.

For those girls who simply enjoy keeping fit, Solihull School is developing a wide range of aerobic activities including dance and yoga in its PE curriculum.

Emily Johnson said: “PE is very popular at Solihull School and our aim is to help girls achieve sporting excellence as well as deliver forms of exercise that they enjoy and will master for years to come.”

She added: “Solihull School provides curricular and extra-curricular PE at all levels as a vital ingredient in a girl’s education. It also teaches many social skills as well as competitiveness, desire, perseverance and determination.”