The British Judo Association has announced the selection of the University of Wolverhampton as the location of its new Centre of Excellence in England. 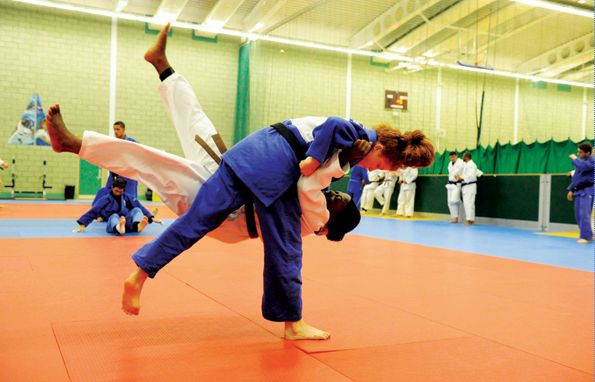 Following the independent performance review undertaken earlier this year, one of the key recommendations was to establish a Centre of Excellence for the sport in England to complete British Judo’s performance network.

A rigorous tender process followed with a number of facilities bidding to host the Centre of Excellence and a panel with key internal and external stakeholders, including UK Sport, decided that the University of Wolverhampton was the strongest location.

Due to be operational in September, the Centre of Excellence will be based at the university’s Walsall Campus and will focus on delivering a centralised training programme to the association’s junior and transition athletes aged between 17 and 22 with the vision that the centre will evolve into the main centralised training facility for the sport.

As part of the proposal the university has committed to a significant investment in a new state-of-the-art dojo facility, exclusively for the use of the association, with the project having the full backing of the university’s Vice Chancellor.

The university sits at the heart of an existing network of neighbouring judo clubs and already has a judo programme with a dedicated coaching team in place.

It also provides an opportunity to develop a true partnership between the university and British Judo to support judo player development utilising academic expertise as well as providing educational pathways from 16 years, including the British Judo Advanced Apprenticeship in Sporting Excellence.

British Judo Chief Executive, Andrew Scoular said: “The Centre of Excellence is a key element of our performance pathway, so for us to reach the goal of Olympic gold it was crucial that we made the right choice and I’m confident that the tender process has enabled us to do that.

“We had an excellent response to the tender with a number of high quality bids received from some excellent venues and we were all impressed by the strength of the University of Wolverhampton’s proposal.

“It combines a state-of-the-art dojo with ease of access, as well as the educational and vocational development needs we require moving forward.”

Nigel Donohue, British Judo Performance Director added: “The selection of the Centre of Excellence brings the reality of a fully integrated performance pathway another step closer.

“It will provide the ‘transition’ bridge that we’ve been lacking and with the University of Wolverhampton we can create a performance environment with the best support services available, where our young players can be fully prepared to survive, strive and then thrive as elite athletes.”

“We are very proud to be recognised as having a sports campus that provides a perfect elite sport training environment for the country’s top judo players, and a team of staff who can look after their needs.

“Being chosen as the preferred venue ahead of what are arguably some of the UK’s top sports universities is indeed a feather in our cap.”

Professor Ian Oakes, Pro Vice-Chancellor for Research and Enterprise at the University of Wolverhampton said: “The University is committed to becoming a centre of excellence for sport by integrating world class facilities with educational programmes and state of the art sports science laboratories on our campus in Walsall.  This announcement by the British Judo Association will play a key part in ensuring that we achieve our ambitions.

“We are absolutely delighted to be playing a major role in the Olympic legacy by working with the British Judo Association in helping to prepare the next generation of Olympians.

“I look forward to a very productive relationship with British Judo and would like to praise the very dedicated team of University staff involved in putting this successful bid together.”