A variety of one-night entertainment shows will hit Belgrade’s Main Stage later this month including, The Shaolin Warriors – Return of the Master, Vampires Rock, Motown’s Greatest Hits – How Sweet it is, Hold Back the Night, Counterfeit Stones and Queen of the Dance.

On Mon 20 May, the internationally acclaimed Kung Fu masters The Shaolin Warriors will make their way back to the Belgrade with their new show Return of the Master. Returning to the UK before embarking on a World Tour, The Shaolin Warriors will demonstrate their awe-inspiring talents in a fully choreographed show that is ideal for family audiences.

Twenty two highly skilled performers will attempt rarely-seen feats of agility and skill. It continues the story of the warrior and vividly depicts the rarely-seen Kung Fu masters’ strength and skill, using Buddhist Meditation and their rigorous martial arts training. 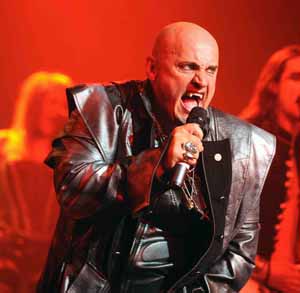 The story follows the supremely evil Baron Von Rockula, owner of the Live and Let Die club. In search of a new bride, the Baron must convince the unsuspecting Pandora who auditions for the new singing position, to cross over to the dark side and live for ever in Rock n Roll hell.

Motown – How Sweet It Is

On Weds 22 May, Motown’s Greatest Hits – How Sweet it is will bring the sweet sound of Motown music to the Belgrade’s Main Stage. Now in it’s 11th successive year, this live show is back at the Belgrade to perform songs from all the legends of Motown, including Lionel Ritchie, Stevie Wonder, The Temptations, The Four Tops, Smokey Robinson, Marvin Gaye, The Jackson Five, The Isley Brothers, Edwin Starr and many more.

Hold Back the Night – Abba

Hold Back the Night is next to appear on the Belgrade’s Main Stage on Thurs 23 May. Featuring the music of Abba and the Bee Gees, this show was a huge success when it came to the Belgrade in 2012. 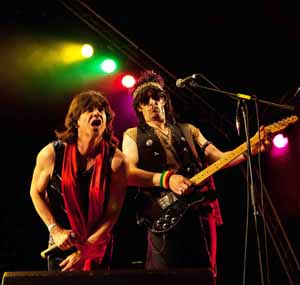 Celebrating their 22nd anniversary and Sir Mick Jagger’s 70th Birthday, The Counterfeit Stones return with another Sham Rock experience, Knock up Your Daughters on Fri 24 May. This tribute to the Rolling Stones has been described by Sir Mick Jagger as “the most famous Stones band in England.” With retro costumes and humour, this show will recreate all the famous Stones hits from 1962 onwards and in mockumentary style, take you back to a bygone era of rock and roll.