Former Lord Mayor of Birmingham, Sir Bernard Zissman has put his famed public speaking skills to the test during a debatathon which raised more than £16,000 for charity. 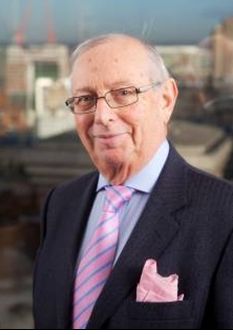 Debating 12 subjects including the legalisation of marijuana, the demise of high street retailing, the number of women on company boards and the continued retention of the Monarchy, Sir Bernard’s debating skills saw him secure seven wins and one draw in the audience vote.

Sir Bernard said: “This was an amazing day of almost 12 hours of continuous debate with challenging opponents, which left me speechless for some days after.”

“I was deeply moved by the huge generosity of so many supporters who gave their time and money to help provide over £16,000 for two worthy causes.”

Chris Rawstron, chairman of the Marie Curie Big Build Appeal, said: “This was a tremendous effort on behalf of Marie Curie and Sir Bernard displayed huge stamina in raising a considerable amount of money for the new hospice, and we are hugely grateful to Sir Bernard and all his debating rivals and Chairs.”

Dr Barry Roseman, President of Birmingham Jewish Community Care, added: “This was a unique way of raising money for Jewish Care, the brainchild of Bernard Zissman and he is to be congratulated and thanked for his initiative and   stamina in creating a record as well as raising a considerable amount for the two causes”.

You can still donate to Sir Bernard’s fundraising efforts via Virgin Giving (http://uk.virginmoneygiving.com/team/debatathon).