Peter Preston-Hough, Visiting Lecturer in War Studies at the University of Wolverhampton, writes on the anniversary of this famous event in RAF history. 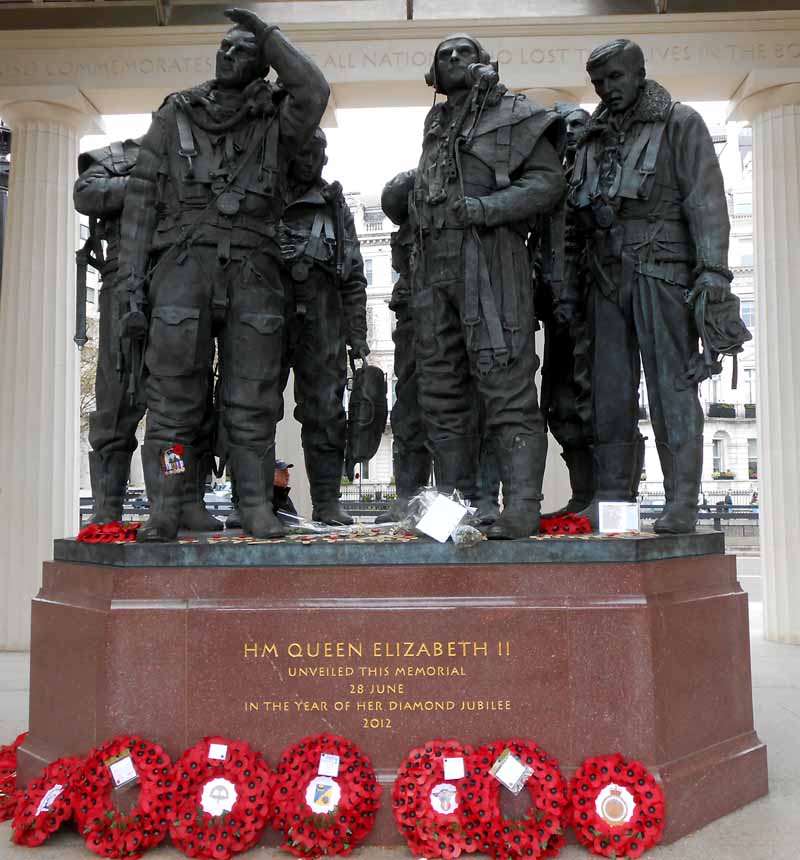 The 16th/17th May 2013 marks the 70th anniversary of RAF Bomber Command’s remarkable raid on dams in the German Ruhr valley. New books, magazines, memorabilia are being marketed and the BBC has commissioned various radio and television programmes to commemorate this event.

It will be interesting to see when the 1954 film ‘The Dambusters’ is shown, and the number of times the stirring Dambusters march is played! What are we commemorating, though and why, 70 years on, does the raid still evoke such interest?

The basic story of the raid is that a specially formed squadron, 617, equipped with Lancaster bombers and armed with Barnes Wallis’ ingenious weapon – codenamed ‘Upkeep’ – attacked three primary targets in the Ruhr. The Mӧhne and Eder were both breached, but the Sorpe was only damaged owing to its immensely strong design and the unsuitability of ‘Upkeep’ against its structure.

There was an immense human cost for the raid. Around 1,600 people in the Ruhr valley were killed, of which around 600 were slave labourers. 617 Squadron lost eight Lancasters out of the 19 despatched, with 53 aircrew perishing and only three taken prisoner. Many individuals will argue whether, given the human toll in the Ruhr, the event should be commemorated at all but that is a subject for another day.

Critics have pointed out that the raid was a failure, as the inability to breach the Sorpe together with the other dams did not cause the expected extent of damage to German war industry. Other historians however, notably John Sweetman, have shown that some German industry did not properly recover until August or September 1943, whilst agriculture there suffered for an even longer period.

However material damage is not always the significant result. Morale in Britain was given a boost by the subsequent publicity, and the photographic reconnaissance pictures publicised in newspapers were the first since the war began. The raid showed Bomber Command crews could accurately navigate to a small target in enemy territory and carry out a successful precision raid once there. The raid’s success was conveyed to Britain’s Allies, which helped to convince the Americans to concentrate on the war against Germany and altered Stalin’s doubts on the seriousness of the British bombing campaign.

Furthermore, work was delayed on the Atlantic Wall whilst the Dams were repaired, and many anti-aircraft guns were transferred from cities to defend German dams against further attack, so Upkeep’s success had a significant impact.  Afterwards, Wallis was held in high esteem and within a month orders were placed for his ‘earthquake’ bombs, the 12,000lb ‘Tallboy’ and 22,000lb ‘Grand Slam’. From mid-1944 ‘Tallboy’ alone was instrumental in sinking the battleship ‘Tirpitz’, breaking thick concrete U-Boat pen roofs, and V-Weapon construction and launch buildings in France.

The Dams raid has passed into legend and some of this is based on what was portrayed in the feature film and early books. For instance, Upkeep was not a bomb but technically a depth charge.  “Bouncing depth charge” doesn’t have the same ring to it as “bouncing bomb” does, however!

Historical facts such as these will probably not matter too much to people commemorating the event today.

Their imagination will be stirred by the audacious attack by specially trained aircrew, flying the large Lancaster at 210 mph at 60 feet at night to release a four ton cylinder which reached its target by bouncing across water.

Even writing that sentence defies belief. It is that human ingenuity and courage which will be remembered in Britain.

This comment piece has been produced with permission from the University’s Academic Blog which can be found at www.wlv.ac.uk/academicblog