A short film created by recent graduates of Coventry University’s media production course has been shortlisted for an award at one of America’s leading lifestyle film festivals. 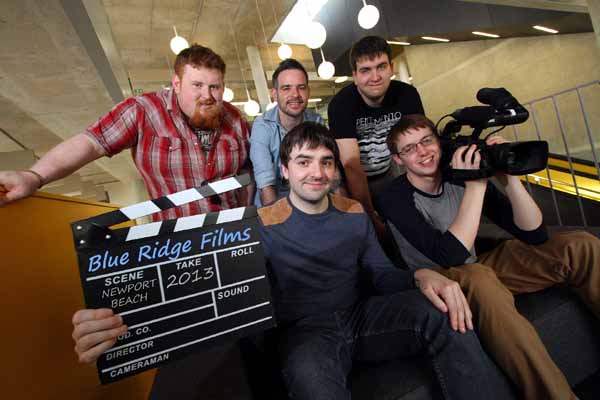 Black Hill, which was created by a group of former students who formed their own media company Blue Ridge Films, is one of only a handful of British short movies chosen to be showcased at the 14th annual Newport Beach Film Festival.

The graduates – all from the West Midlands – took advantage of the ‘SPEED Plus’ enterprise support programme at the University’s Institute of Applied Entrepreneurship to start-up their business while studying in 2011, and three of them are flying out to California this week.

Their 22-minute movie about a mute black woman who helps a wounded confederate soldier battle his racism during the American Civil War is being shown at the festival on Tuesday 30th April as part of the ‘Never a Short Dull Moment’ programme of  short films.

Black Hill was shot by the graduates on location in Almería in Spain, and has already won critical acclaim in the UK, scooping an award at the Fourth Wall Film Festival in Wolverhampton and drawing praise from local movie director Debbie Isitt of Confetti fame.

Next on the agenda for the graduates is a promotional film for the Coventry Bears rugby league team, and – for the duo not attending the festival in Newport Beach – a project to capture the action at this weekend’s Shakespeare Marathon in Stratford-upon-Avon for the event’s organisers.

Blue Ridge Films’ managing director Steven Ringrose, 26, from Hinckley, said:  “This is a fantastic opportunity for us and we’re delighted our film was chosen to be shown at Newport Beach. It’s great to be able to represent Britain and the West Midlands at such a prestigious international event, and Coventry University has been really supportive in helping us get the funds together to fly out there.”

“It’s also good to be able to report that we’re busy given the current economic climate, a climate which can be hard for start-ups. Three of us are travelling to California this week to represent Blue Ridge at the event, but because of the amount of work we’ve got on at the moment the rest of the team will keep things ticking over back home. Hopefully we’ll have some silverware to bring back for them!”

From April 25th – May 2nd the Newport Beach Film Festival will showcase over 200 short films from around the world in categories ranging from romance and animation to comedy and documentary.

For more information on the festival, visit www.newportbeachfilmfest.com, or to learn more about Blue Ridge Films visit www.blueridgefilms.co.uk.