A group of Birmingham residents are to take part in an extraordinary exhibition at Ikon Gallery later this month. 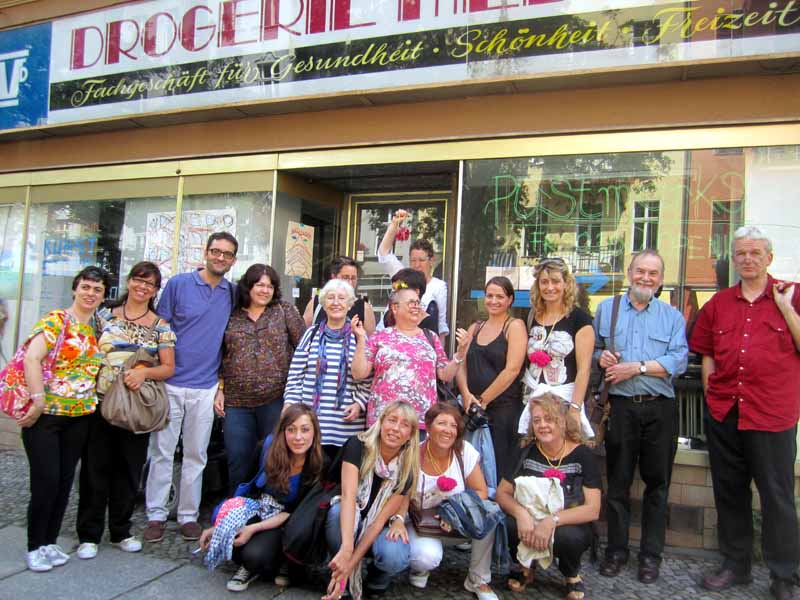 The individuals from the Northfield area of the city – none of whom have had their artwork shown in a gallery before – have participated in a major art project bringing them together with communites from Castellón (Spain), Berlin (Germany) and Bologna (Italy).

Ikon has worked with Espai d’Art Contemporani de Castelló (EACC) in Castellón; KulturLabor in Berlin and MAMbo in Bologna for the past two years, using drawing as a means of communication to cross the language-barrier.

Residents local to each institution have created their own artwork, which has then been delivered by post to the other countries to serve as inspiration for a complete set of drawings. During the project, each group has visited the others to exchange information and ideas, leading to an exhibition in all four host cities.

The Post Marks project is the brainchild of Tom Jones, formerly Head of the Bournville Campus at Birmingham City University, now West Midlands’ Regional Associate of the Campaign for Drawing and organiser of community arts projects.

Tom Jones said: “Each group took their cues from the other participants, receiving work, coming up with their own ideas and then passing it on – a bit like a relay race.

“The project has had some wonderful results, with art transcending any problems we may have expected with language or cultural differences.

“For most of the participants, it was the first time they had worked in a gallery and definitely the first time their artwork has been on public display.  It is nerve-wracking for them but we have some highly imaginative drawings that deserve our attention.”

Emma Bowen, Ikon Learning Coordinator, said: “It has been a tremendous experience to see how our group from Northfield have grown in experience and confidence as they have worked with people from Spain, Germany and Italy. We are all set to welcome our European partners to Birmingham to see the exhibition at Ikon and celebrate our time together.”

Post Marks is funded by the Grundtvig programme, part of the European Union’s Lifelong Learning Programme. It supports individuals and organisations involved in non-vocational adult education to participate in European training activities and projects.

Post Marks Showcase
Thursday 21 March – Monday 1 April
Events Room, Ikon Gallery
A selection of art works made by the four participant groups exploring how the postal exchanges have influenced the evolution of each of the projects.