Birmingham has unveiled the first glimpse of an interactive 3D map at MIPIM, which brings its new economic zones to life. 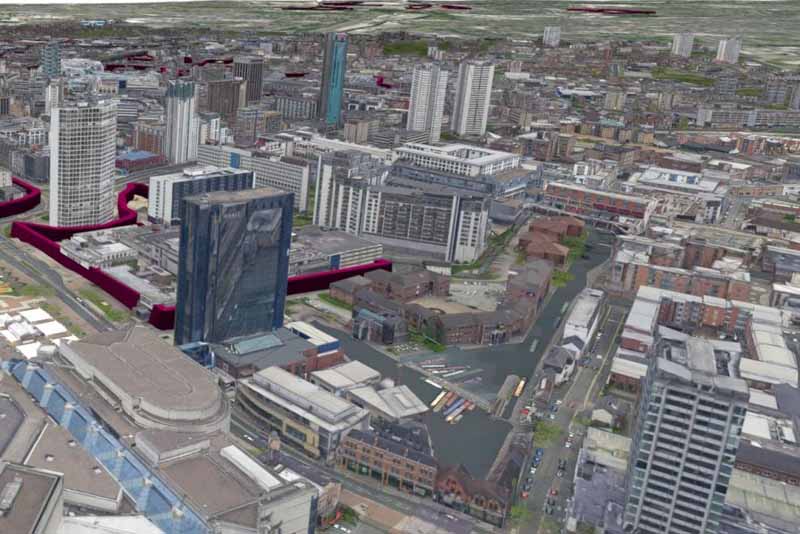 The six zones combine the city’s ambitious inward investment, planning and economic development strategies to create a bespoke environment to support the sectors identified as having the greatest growth potential for Birmingham.

They were showcased at an international event for the first time during MIPIM, at a presentation on the Birmingham stand on Wednesday. A crucial part of the city’s campaign to attract more foreign direct investment (FDI), the zones are expected to create 1.8 million sqm of new floorspace and attract £1.5 billion of investment.

The map uses the latest defence-level technology to render the smallest details of Birmingham’s city centre in 3D. It will enable inward investment programme Business Birmingham to present the city to potential investors that haven’t yet visited the area.

Delegates at MIPIM were among the first people to see the map, with a video of the programme in action played during a presentation about the economic zones, led by Leader of Birmingham City Council, Sir Albert Bore.

Sir Albert commented: “MIPIM is a crucial opportunity for Birmingham to showcase the latest opportunities available in the city to thousands of potential investors.

“From our new economic zones to the buildings transforming our landscape – we are providing more reasons why organisations should locate and grow here. Everything that Birmingham is bringing to MIPIM proves that we are dynamic, constantly changing and always innovating.”

The video showcases a number of the map’s key features, including its outlines of the city’s economic zone sites, and the high level of detail available for users. Currently providing a 3D view of the city centre Enterprise Zone, the map will soon be able to replicate this imagery for Birmingham’s five other economic zones.

Other features will include the ability to click on key schemes – including the new £189 million Library of Birmingham and £600 million redevelopment of New Street rail station – to view fly-though videos of how the sites will look in the future. The map also has the capability of pinpointing the floorspace available in individual buildings, simultaneously highlighting particular sites of interest, and underlining key transport routes across the city.

Wouter Schuitemaker, Investment Director at Business Birmingham, presented the map alongside Sir Albert Bore and Mark Barrow, Strategic Director of Development at Birmingham City Council. He said: “Our 3D map provides an incredibly valuable tool for Business Birmingham in trying to attract FDI to the city. Rather than inviting companies from overseas to experience Birmingham, we can now bring the city to them.

“The video provides a glimpse of the map in action, and also an opportunity to see why Birmingham is attracting more inward investment projects than ever before. The size and scale of the city’s economic zones provide opportunities for a range of companies – from digital start-ups to global manufacturers – to find the best location for their development and growth.”

Birmingham’s economic zones provide new tailored space, facilities and services for sectors identified as having the greatest potential for growth in the city. They comprise:

Each zone will create a bespoke environment for their target sectors, and provide support that can include simplified planning; access to finance; business development programmes; training and recruitment packages; and the services of Business Birmingham.

To see a preview of the 3D map taking shape, visit businessbirmingham.com.

The Economic Zones Prospectus is available for investors looking to locate or expand in Birmingham. Download a copy here online. 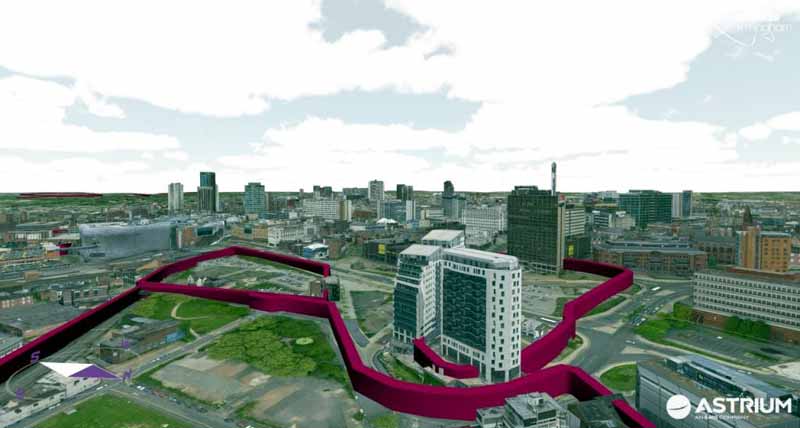 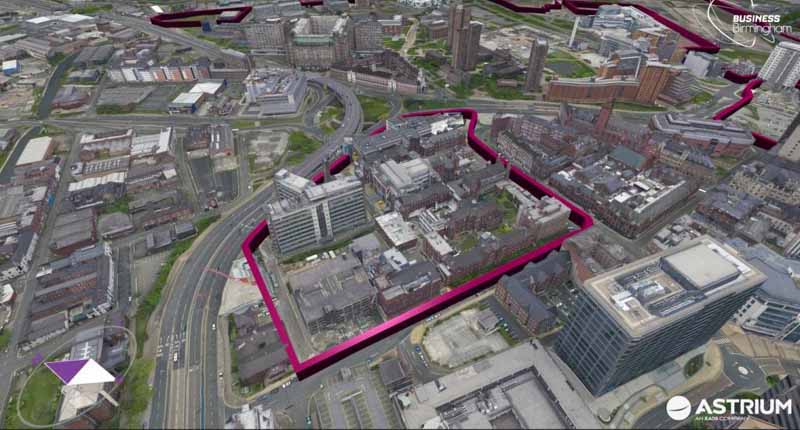 Located at the 20 hectare Aston Regional Investment Site, the Advanced Manufacturing Hub will support the city’s growing automotive and aerospace supply chains as well as other advanced manufacturers. It will be developed in three phases over a 10-15 year period, with the first phase of 10.5 hectares able to accommodate individual, bespoke buildings up to 11,000 sqm.

The Environmental Enterprise District in Tyseley will become the principle location for resource recovery and energy production in Birmingham, providing a range of accommodation to meet the requirements of businesses seeking to locate there.

A natural business cluster emerging around the Queen Elizabeth Hospital and the University of Birmingham in Edgbaston will be serviced by a Life Sciences Campus. Aiming to attract high-value jobs to the city, the area has already attracted nearly £1bn investment into the new hospital and road, while a further £178 million has been earmarked to upgrade the University.

The Hub owned by real estate fund manager PRUPIM provides more than 36 hectares of prime industrial land. It offers plots of up to 70,000 sqm for bespoke developments to suit the requirements of the food and drink industry, creating the Food Hub.

Comprising 26 sites across nearly 70 hectares, the City Centre Enterprise Zone provides incentives including simplified planning, an improved digital infrastructure, rates relief, business support and investment in infrastructure. There is potential for 700,000 sqm of new office floorspace and 600,000 sqm of leisure, commercial and recreation floorspace across the sites over 25 years.

Longbridge ITEC Park is at the heart of one of the UK’s largest urban regeneration projects being delivered by St Modwen. There is £10 million of investment planned for the area’s transport networks.