Following its hugely successful production of Uncle Vanya, Coventry’s Belgrade Theatre is teaming up with London’s Arcola Theatre once again to produce Sons Without Fathers, which is a new adaptation of Chekhov’s first play, Platonov. 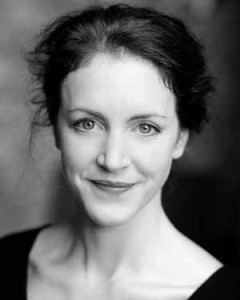 Running in the B2 auditorium from Sat 13 April to Sat 4 May, Sons Without Fathers follows the story of village school teacher Mikhail Platonov, a man who is loved by women. Despite his best intentions he is drawn into a series of extra-marital affairs that all hold the promise of escape from the provincial Russian reality where he and his circle of friends are trapped.

Showing us a side to Chekhov that is funnier, more brutal and more wildly passionate than the writer we know, the production shines a light on this band of disaffected thirty-somethings – too old to move with the times, and too young to let go of their dreams. Consumed by bitterness and disappointment, they attempt to fill the void in their lives with sex and vodka, blaming their fathers for the mess they’ve been left in.

Sons Without Fathers will be directed by Helena Kaut-Howson, who returns to the Belgrade after directing the theatre’s critically acclaimed production of Uncle Vanya. She said this new production provides a fresh look at Chekhov’s first play, moving the action to a contemporary setting in modern-day Russia.

Helena said: “This version focuses on one theme only; the predicament of the younger generation left adrift in a world without hope. Relocating the action to Russia of today, Sons Without Fathers brings to the surface the surprisingly modern preoccupations of the original. The audience will recognise the quintessential Chekhov, but the experience will be unlike anything they may associate with his later plays.” 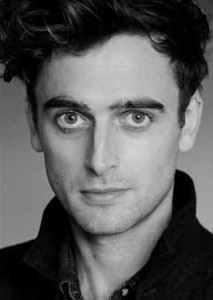 The role of Platonov will be played by Jack Laskey, who is no stranger to the Midlands having performed in numerous productions for the Royal Shakespeare Company including The Tragedy of Thomas Hobbes, The Merchant of Venice and The Taming of The Shrew.

The Belgrade welcomes the return of cast members Marianne Oldham, who played Yelena in Uncle Vanya, Mark Jax who played Gamaches in The Three Musketeers and the Princess of Spain and Amy McAllister who appeared in Don Juan Comes Back from the War.

The cast also includes Susie Trayling, Simon Scardifield, Tom Canton, Oliver Hoare and Jade Williams. Three young actors from the Belgrade Community & Education Company will also get the opportunity to appear in the production as servants.

Tickets for Sons Without Fathers are available now from the Belgrade’s Box Office on 024 7655 3055 priced from £8.50 to £20 or via www.belgrade.co.uk where cheaper tickets are available.