Girls at Aldridge School are celebrating after netting a top place in the UK for the third year running. 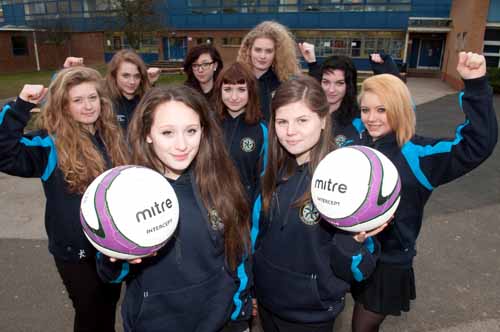 The Year 10/11 team came fourth out of more than 1,500 school teams in the National Schools Netball Tournament.

They improved on their top ten ranking in the 2013 finals held at Basildon, Essex on Saturday (Mar 16).

Eighteen teams from public, private and state schools qualified for the finals, which the Aldridge team has reached twice already.

In 2011 they netted ninth place and in 2012 they came seventh making their 2013 result the best the school, in Tynings Lane, has ever had in the competition.

Teacher and coach Helen Penney said the school was delighted with the team’s achievement.

She said: “Not only is the team in the top two in the West Midlands, it is the fourth best school netball team in the country, so we are very proud of them all.”