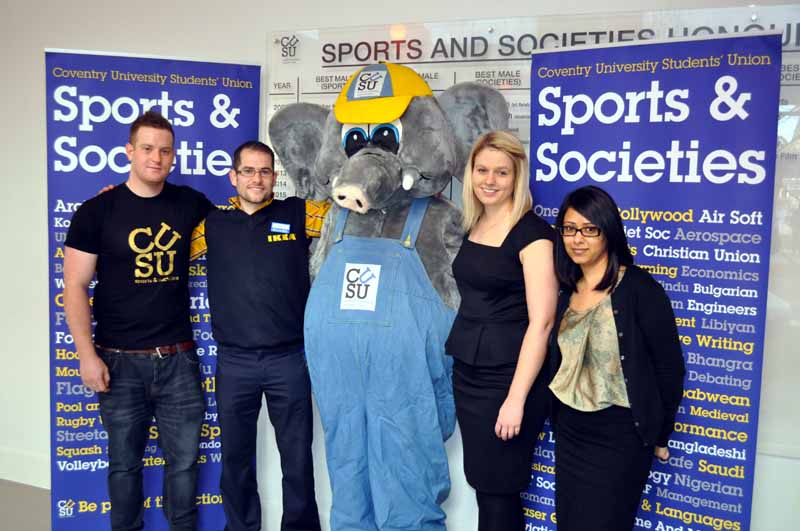 Coventry and Warwick universities battle it out between 25th Feb and 9th March across a range of sports. Fixtures start with the Ice Hockey on Monday 25th February at Planet Ice, Skydome and finish with the Rugby Union / League double header at the Butts Park Arena Saturday 9th March.

Varsity XIII contains 46 fixtures, over 9 days. Coventry University boasts sporting stars that have played at a national level amongst its ranks.

Chris Darling, Marketing Specialist at IKEA Coventry, said: “IKEA are extremely impressed with the positive attitude of the students and believe that Coventry University Students Union is on the right path to raise the profile of the university within the UK. IKEA wish all of the students participating in Varity 2013 the very best of luck and we look forward to cheering you on from the sideline.

By supporting the Coventry University brand we hope to increase the awareness of IKEA within the student market.

While we work on a global level to improve the lives of people in places like India and Pakistan, we also want to be a good neighbour in our local communities. Coventry University Students are welcomed guests to the IKEA store and it’s great to be able to show our appreciation through supporting such a fantastic event.”

Hesam Ravansari, Marketing & Communications Manager at CUSU, said: “To have IKEA as our Varsity sponsor is a major coup for CUSU. It demonstrates their commitment to the sporting excellence which has developed here over the past few years. It gives our sporting stars a great boost to know that a company like IKEA believes in them to the extent that they are willing to put their name to the event.”

To find out more about the Varsity event, where to buy tickets, and times of the events visit www.cusu.org/sports_societies