A two week celebration of theatre will highlight the best of West Midlands’ creativity this March. 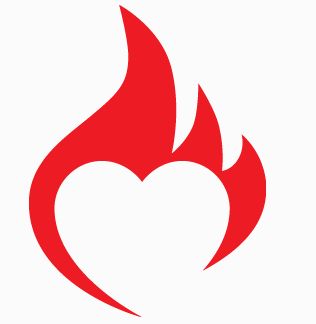 Theatre Fever includes over 30 shows in Birmingham, the Black Country, Solihull and Coventry, including eight special commissions from some of the region’s most exciting talent.

The West Midlands has a thriving theatre scene, with many playwrights, producers and actors choosing to forge their careers in the region. Nationally, as many people watch live theatre as attend English Premiership and Football League matches combined*. Theatre Fever will draw attention to this key part of the region’s economic and cultural life with a busy programme of shows by both established and emerging theatre companies.

Theatre Fever includes several new works, including Soul City Arts’ If Walls Could Speak at mac birmingham, a story of how the Birmingham ward of Sparkbrook has been a gateway into the city for generations of migrants. Coventry-based Talking Birds make a rare return to the theatre when they present We’re Only Here Today, at mac birmingham, whilst Theatre Absolute’s Always is a tiny, ten-minute piece made for just 15 audience members at a time.

Much of Theatre Fever can be found in unusual places. Award-winning Women & Theatre premiere their new 15 minute play Something Out Of The Ordinary in the Co-op car park in Stirchley, Birmingham, whilst Tin Box will invite audiences to meet Maggie, a lady with many stories, in pubs across Birmingham, Coventry and the Black Country. There is even work for people who don’t want to leave home, with Palimpsest City by Bohdan Piasecki who invites you to navigate his digital city to find new poetry.

Fresh new talent will sit alongside some of the region’s most establish companies. Kindle Theatre present their dramatic rock-chick gig The Furies in the former industrial unit @AE Harris, whilst internationally-renowned Stan’s Café premiere The Anatomy of Melancholy at Warwick Arts Centre, Coventry.

Theatre Fever has been organised by Holding Space, a consortium of arts organisations who help theatre to flourish in the West Midlands.

Theatre Fever runs from 9 – 24 March 2013 at venues around Birmingham, the Black Country and Coventry. Full listings available at www.theatrefever.co.uk from Wednesday 20 February.

Cadfael: The Virgin In The Ice

HMS Pinafore and The Zoo

A dark comedy about a former professional wrestler.

The story of two boy penguins who, against the odds, become parents.

Are we defined by the music we listen to?

Exuberant fun with some unpredictable twists. All safely behind glass.

The controversial DH Lawrence classic novel adapted for the stage.

A comedy written for the Old Joint Stock about love, friendship and revenge.

Maggie is travelling around, one pub at a time. Join her for a drink.

Navigate your way through an online city to uncover brand new poetry.

Go And Play Further Up Your Own End

A stroll down memory lane to Birmingham’s swinging sixties.

Two strange men appear at your house and know everything about your life.

A 17th century self-help book reveals much about our own modern concerns and obsessions.

The 80’s classic movie comes to the stage.

A 10 minute story of the planet, inertia, desire, and deadly consequences.

Thrilling, enigmatic, destructive, Heather Gardner brings to life one of Ibsen’s most irresistible heroines in a fresh and stylish new version.

A whistle-stop tour through the greatest Greek myths ever told.

A play about Elijah and the riots. A rhapsody of rap, text, tweet and gabble.

If Walls Could Speak

The story of an inner city neighbourhood told through graffiti, music and rhyme.

Faids, Braids And Keeping it Real

West London, a knife-crime and a teenage boy charged with murder.

An exploration of the theatre bringing to life the secret world of The REP.

The Human Race / A Mothers Ransom

A black comedy about ordinary people. A thriller featuring a harassed mother.

For Their Own Good

Something Out Of The Ordinary

Everyday is the same, till something changes and nothing is ever the same again.

East of the Sun, West Of the Moon

A tale of adventure featuring a magical white bear, a girl and an anarchic troll!

A theatrical rock and metal gig for anyone who likes to let it all out.

A moving, unforgiving tribute to fathers everywhere who try to do their best.