After another disappointing week at Villa Park, Dave Woodhall asks what’s going on and why no-one is answering. 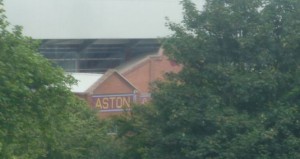 At least the Villa are giving us something to talk about this season. Worst defeat, longest run of goals conceded and then last Tuesday saw what must surely be the most humiliating result in living memory. Historians may talk of the occasion at the start of the last century when Villa (at that time the biggest club in the world) lost an FA Cup tie to Millwall of the Southern League, but I’ll stick with losing to Bradford, of the fourth division proper, in a semi-final, as the absolute nadir.

It wasn’t a case of one fluke breakaway goal in the middle of 90 minutes domination, either. Throughout the game Bradford were at least as good as Villa, dominated for large parts and could have scored again in the closing stages as we held on desperately. It was in parts pitiful and embarrassing to watch.

This was followed by a must-win home game with Southampton, themselves out of form and with a poor away record. A good ten minutes at the start and a desperate final fifteen were all Villa could show for a match against a side who were favourites for relegation in August but have now managed to take six points off us this season. Southampton’s goal may have come about as the result of a combination of player cheating and referee incompetence, but Villa deserved little more.

This inertia has been reflected off the field. Halfway through what must surely be the most important transfer window for years, Villa have not yet been seriously linked with a single player and all the noises coming out of the club indicate that there’s no large amounts of money to spend. It’s a situation that, given the increased TV payments due to kick in next season, is absolutely staggering. There are players who shouldn’t be in the team because, good as they potentially are, they’re woefully out of form, yet continued to be selected because there’s nobody to take their place. Meanwhile, the usual Villa Park wall of silence continues undisturbed, leaving supporters to wonder just what’s really going on. The club needs leadership on and off the pitch, or at least reassurance that the situation is being managed, but right now there’s little sign of any.

I’ll try to end on a positive note. Luck was definitely against us last week – as bad as we played at Bradford, had the ball bounced differently on a couple of occasions we could have won the game comfortably and we can surely never be the victims of such a diabolical penalty decision as the one on Saturday ever again. If the dice starts to roll our way for the rest of the month the situation still isn’t irretrievable. Then again, money might not be able to buy luck but it can certainly alter the odds in your favour.