Viennese Strauss Gala, Hats off to Led Zeppelin, Swinging at the Cotton Club, The Soldiers, Midday Variety and Barnstormers Comedy at the Belgrade Theatre.

Throughout February Coventry’s Belgrade Theatre is welcoming a series of one night shows to the Main Stage, including a Viennese Strauss Gala, Hats off to Led Zeppelin, Swinging at the Cotton Club, The Soldiers, Midday Variety and Barnstormers Comedy. 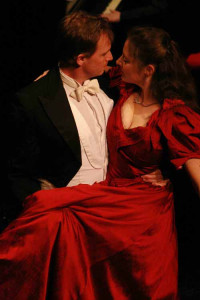 Gracing the Main Stage on Weds 6 Feb, the audience will be introduced to a by-gone age of glamorous soirees and Strauss waltzes and comprises highlights from some of the great operettas of Strauss, Kalman and Lehar: including Die Fledermaus, The Merry Widow, A Night in Venice and many more. 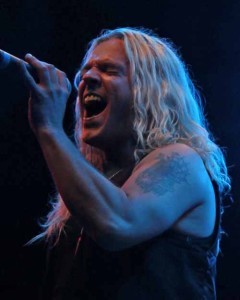 On Fri 8 Feb, Hats off to Led Zeppelin is set to rock the Main Stage in a tribute to one of the greatest rock bands. Co-managed by Warren Grant, the son of legendary Led Zeppelin manager, Peter Grant, the band comprises four top class musicians, including Peter Eldridge from the West End production of We Will Rock You, Jack Tanner and Kevin Oliver Jones from the World tour and West End productions of Dancing in the Streets and Thriller Live and Simon Wicker as the late John Bonham. Together they will perform all of Led Zeppelin’s classic hits including Whole Lotta Love, Stairway to Heaven and more.

This is followed by Swinging at the Cotton Club on Sat 9 Feb. This action-packed show celebrates the music, dance, and songs of the Cotton Club – New York City’s famous nightclub of the 1920s and ‘30s. Taking to the stage will be premier jazz dance company The Jiving Lindy Hoppers, Harry Strutters Hot Rhythm Orchestra, vocalist Marlene Hill and compere/vocalist Megs Etherington.

Later in the month, the first group of serving soldiers to hit the British pop charts will perform on the Main Stage for one night only on Tues 19 Feb. Real life heroes with several medals between them, The Soldiers’ two top 10 albums have raised over half a million pounds for army charities. They have performed at the Royal Variety Show and twice at The Festival of Remembrance.

Celebrating its fifth anniversary at the Belgrade, Midday Variety returns with a Valentines special on Thus 14 Feb starring The Bachelors, with support from Sue J Willis, juggler Steve Arnold and the Martyn St James Band.

Rounding off the month is the February offering from Barnstormers Comedy in B2 on Fri 22 Feb, which sees compere Kevin Precious introduce surreal comic Noel James, Mary Bourke and John Mann.