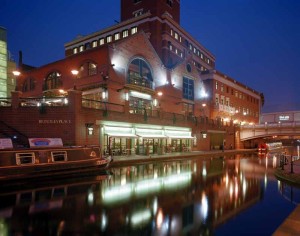 The inaugural 2011 event, which saw industry leaders visit Birmingham to find out more about the city’s conferencing offer, was hailed a success by participants. 88% of suppliers rated the Meet Birmingham Showcase as good or very good, while 84% of buyers said that their impressions of the region had changed. £85,000 was generated in immediate bookings, as a result of face-to-face meetings with buyers, who collectively place an average of 4,000 events per year.

This year’s two-day Showcase, supported by Chiltern Railways, will once again present the city’s business tourism partners with the opportunity to meet with buyers from the agency, corporate, association and not-for-profit sectors through a series of pre-matched appointments at Birmingham’s Town Hall and informal networking opportunities. These include a drinks reception and dinners at Aston Villa FC’s award-winning Restaurant VMF and Malmaison Birmingham, with event management support provided by Quadrant Events.

There will be an increased focus on venue show rounds, with at least eight scheduled this year, to give local suppliers an advantage when promoting their conferencing product. The tours will also offer national buyers a vital insight into what makes the city a popular choice and leading destination for meetings, exhibitions and events. 2012 has already seen Birmingham enjoy a high-profile public endorsement for its facilities from the world’s leading athlete Usain Bolt, who stayed in the city with his Jamaican Track and Field team mates ahead of London 2012. The city also hosted its ninth political event in five years when the Conservative Party held its Autumn Conference at the ICC, while Birmingham maintained its position as the top UK events destination outside London in the fourth annual British Meetings & Events Industry Survey 2012/13. 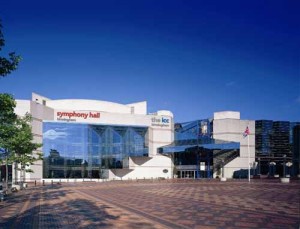 The ICC and Symphony Hall

Ian Taylor, Commercial Director at Marketing Birmingham, the city’s strategic marketing partnership that operates the Meet Birmingham programme, commented: “The city has proven in recent years its ability to rise to the occasion and successfully host important conferences and exhibitions. It is vital that we continue to demonstrate our enviable offer and there is no better way than to invite organisers to sample it first-hand for themselves.

“The 2012 Showcase represents a fantastic opportunity for our partners to introduce a number of high-quality national buyers to their facilities, with the aim of bringing revenue into our local visitor economy and maintaining Birmingham and the wider region’s position as the UK’s meeting place.”

Conference Aston, the academic conference centre and hotel based at Aston University, were one of the immediate beneficiaries of the inaugural event. Paul Bunce, Marketing Manager at Conference Aston, said: “Last year’s first Meet Birmingham Showcase gave us the forum to talk to a number of bookers that, as an independent venue, ordinarily we wouldn’t have access to. It illustrated the importance of representing not only the individual venues, but the wider benefits of Birmingham as an event destination.

“The familiarisation tours were positively received by attendees and we saw a number of bookings and enquiries secured as a direct result of the event.”

For more information about this year’s event, log onto http://www.meetbirmingham.com/showcase.