The Government should be doing more to help young drivers and cyclists stay safe, according to motoring safety charity DriveSafe. 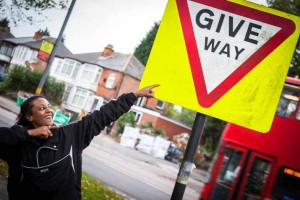 While deaths among cyclists and motorcyclists fell, the number of drivers and passengers who died rose 6% to 883 compared with 2010-11. Road accidents remain the main cause of death of 16-24 year olds.

The Birmingham-based charity, which has published a guide to safer driving based on months of research into driver behaviour, wants the Government to show greater leadership on road safety.

It has given a cautious welcome to plans for giving local councils more freedom in setting local speed limits but is calling for better driver training and stronger road safety law enforcement.

Fay Goodman, Founder of DriveSafe, a charity partnership established by Goodmedia Ltd with support research from Aston University, said: “The Government should take a lead in delivering significant and sustained improvements in road safety, especially in tackling the high casualty rate for young drivers.

“As an organisation that has been involved in extensive research into driver behaviour, DriveSafe has already approached the Department for Transport to discuss ways in which it could support the Government in tackling road deaths among young people.”

Fay added: “DriveSafe welcomes plans to let councils set speeds because of their local knowledge and trusts they will be mindful that too many fluctuating limits could prove more dangerous – with motorists spending more time looking for speed limit signs than watching the road ahead.

“Speed signs should be erected on rural roads in areas where there are schools, retirement homes and roaming animals, but away from other signs where they could cause distraction and confusion.”

DriveSafe is also urging the Government to take more steps to prevent road sign vandalism, especially as it believes the problem could escalate if the latest speed sign proposals become law.

Fay said:  “Defaced road signs can cause confusion and lead to an accident. They should be in a position and made of a material that will make them difficult to deface – and they need to be protected by vigilant anti-vandalism teams backed up by heavy fines.”

The charity’s new 60-page fully illustrated handbook, ‘DriveSafe – An Essential Guide for Motorists’, has been published in association with the StaySafe charity partnership, Goodmedia Ltd and Aston University, to celebrate the third anniversary of the charity’s Courtesy on the Road campaign’

A recent video featuring the song “If I Die Young” dedicated to 19-year-old driver Michael Abdou from Solihull who died in a car crash earlier this year can now be viewed on the DriveSafe website.