International sports legacy experts will convene at the University of Birmingham this week to discuss the rationale behind hosting global mega-events and their lasting impact.

Thirty years ago it was difficult to attract countries to put on such elaborate and expensive events; now the competition to do so equals that on the playing field.  Rising powers, such as Brazil, have adopted a clear strategy to host major sporting events and ensure the resulting legacies are fruitful.

The rationale behind the desire to stage global sports mega-events is usually based upon its hoped-for legacy, e.g. increased international prestige, urban regeneration and a greater participation in sport, but this differs from nation to nation.

Taking place from 30 November to 1 December 2012, the conference offers the opportunity to reflect and draw upon previous sports mega-events, in particular, to consider key lessons from London 2012 and other Olympic host cities, which might inform developments in Rio de Janeiro.  Keynote speakers include Professor Luis Paulino from UNESP and the Brazilian Ministry of Sport, Professor Laurence Chalip from the University of Illinois at Urbana-Champaign, Dr Wolfram Manzenreiter from the University of Vienna, and Professor Scarlett Cornelissen from Stellenbosch University, South Africa.

In addition to London 2012, day one of the conference will focus upon previous events such as the World Cup 2010 in South Africa and the Sydney and Beijing Olympic Games. Co-sponsored by the British Council, the second day will focus on the forthcoming Brazilian mega-events (World Cup 2014 and Olympics 2016) and the key levers to achieving legacy.

Conference leader Dr Jonathan Grix, Senior Lecturer in Sport Politics and Policy at the University of Birmingham, said: “The potential legacies of a major sporting event play a critical role in a nation’s decision to host.  Legacy objectives differ from state to state; what is important for one country might be less significant for another.  It’s not a one size fits all approach. In bringing together world-leading experts on this theme it gives us the opportunity to compare and contrast different levers for success.”

Professor Malcolm Press, Pro-Vice-Chancellor for International Engagement in the Americas at the University of Birmingham, added: “Birmingham is a leading UK university in sport, exercise and health – ranked first for research, and our significant global engagement with countries like Brazil continues to go from strength to strength.  It’s fitting, therefore, that we are hosting this conference to enable wide-ranging international dialogue on such a resonant theme.” 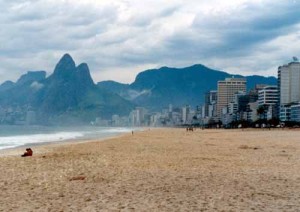 The conference is one element of a significant joint investment by the Universities of Birmingham and Nottingham to support partnership development and research collaboration with Brazil. Other initiatives include 60 PhD scholarships for Brazilian students to study at Birmingham or Nottingham, a visiting fellows programme, a £480k research fund with the São Paulo Research Foundation (FAPESP) and a series of other workshops and events. Both universities are also participating in the Science without Borders scheme and operate a joint office in Brazil.  Future sports-related events co-sponsored by the British Council and FAPESP are planned.