Crest Nicholson is encouraging people hunting for their first home in Birmingham to visit its Park Central development for a special open day which aims to raise awareness of the government’s FirstBuy scheme. 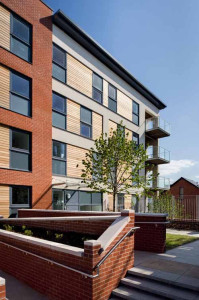 The open day will be held on Saturday 17th November and will give househunters the chance to learn more about the equity loan scheme which was introduced in 2011 to make it easier for first time buyers to get onto the property ladder.

The FirstBuy initiative aims to get more than 10,000 people buying a new-build home by 2013. Crest Nicholson however reports that many first time buyers remain confused about what buying under the scheme entails and whether or not they will own 100 per cent of their new home. The open day will give potential purchasers a chance to get to grips with FirstBuy and benefit from one-to-one advice from financial advisers and other property experts.

Ruth Williams, sales manager at Park Central said: “FirstBuy has been available at Park Central for over a year now and it has helped many first time buyers open the door to their new home. What has become apparent however, is that not everyone has heard about FirstBuy, let alone how it can help them buy a new home.

“The most common misconception of FirstBuy is that people won’t own 100 per cent of their new home but this just isn’t true. Basically, FirstBuy is an equity loan scheme whereby Crest Nicholson and the HCA cover 20 per cent of the cost of a purchaser’s new home – this amount will then be paid back by the purchaser in stages but there is no interest to pay for the first five years.

“Overall, FirstBuy helps reduce the initial cost of the property and allows people to buy a home with a deposit of just five per cent – both of which can make all the difference to first time buyers struggling to raise the money needed for a new home.”

Under FirstBuy, purchasers pay just 80 per cent of the price of their new home, made up of a five per cent deposit and 75 per cent mortgage. Crest Nicholson, together with the Homes and Communities Agency (HCA), offer a loan of up to 20 per cent of the full purchase price. The equity loan is interest free for the first five years, then in year six an interest charge of 1.75 per cent is payable. The interest charge will then increase annually by RPI plus one per cent from year seven.

A stylish two bedroom apartment at Park Central can be purchased for just £114,800 under FirstBuy, marking 20 per cent off the £143,500 list price. The five per cent deposit payable on this property stands at £7,175 – a significant saving on the average deposit in the UK which is now in excess of £25,000.

Ruth continues: “The open day is open to everyone and there is no need to pre-book your place. This is a great opportunity for people to find out more about FirstBuy and see what Park Central has to offer. The apartments at the development have been designed with first time buyers in mind and offer a relaxing and beautiful home in the centre of the city.”

Located just off Lee Bank Middleway in Birmingham city centre, the stunning apartments at Park Central are surrounded by eight acres of landscaped parkland. Each property boasts double bedrooms and two bathrooms, alongside designer kitchens and a spacious balcony – not to mention allocated parking.

To find out more about FirstBuy pop along to the open day between 10am and 5pm. Alternatively, visit the marketing suite on Spring Street, Birmingham B15 2GD or call 0121 666 4666. www.parkcentral.co.uk