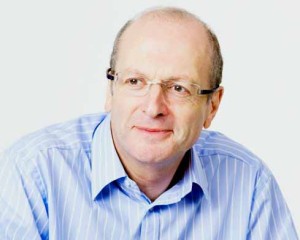 First performed in the 1730s, Bach’s Christmas Oratorio has since become a firm festive favourite. Written in six sections, it tells the story of the birth of Jesus, complete with angels, shepherds, and the arrival of the gift-bearing Three Kings.

Paul, who is celebrating 20 years with the Choir, said: “Bach’s Christmas Oratorio is one of his greatest works, standing alongside the Passions, the B minor Mass and the Magnificat. Because the work is a huge undertaking it is rarely performed complete as it will be when we perform it in November. The combination of the work, the appropriateness for the season as we head for Christmas, the beauty of the surroundings in Lichfield Cathedral, and a choir on top of its form which has Bach’s music in its veins makes for an unmissable evening. Do come and join us!”

The Birmingham Bach Choir has been contributing to the musical life of the region since 1919, making it one of the oldest musical groups in the area. Although they perform music spanning over 300 years, their main focus is the music of JS Bach and the Baroque period.

The Choir has performed several times in the historic Lichfield Cathedral, most recently with Bach’s Mass In B Minor as part of Lichfield Festival in July, a performance which garnered 5-star reviews and was described by critics as ‘gripping’.