There’s the usual blend of old and new, with a couple of returns and some debuting faces. 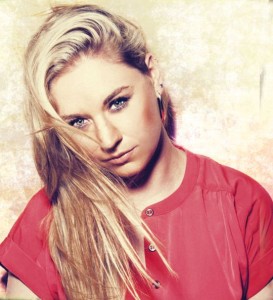 On Tuesday there’s the welcome return of a Robin favourite and one of the finest young blues musicians in the world.  Joanne Shaw Taylor has performed with BB King amongst others; she won Best Female Vocalist and Songwriter of the Year at the 2011 British Blues Awards and played in Annie Lennox’s band during the Queen’s Diamond Jubilee concert at Buckingham Palace in June. Her latest album Almost Always Never was released last month. Tickets £14

A few legendary names take the stage on Wednesday in the shape of Hawklords. Born out of legal wrangling over the name Hawkwind during the late seventies, the band got back together and have recently released their first album for 34 years, We Are One. As you might expect given their background they have a fairly fluid line-up although originals Harvey Bainbridge and Steve Swindells are mainstays of the current band.  Tickets £13

Thursday has a new name at the Robin as nineties hit band the Farm continue to celebrate the twentieth anniversary of their number one album Spartacus. Doyens of the alternative pop/dance crossover, they have recently been working with Mick Jones of the Clash as part of the Hillsborough Justice Campaign.  Tickets £15

Friday sees upcoming Wolverhampton band the New Saints headline the Robin for the first time.  They’ve recently been recording their debut album Songs for the Black Hearted and have been gaining a local reputation on the strength of their live act. Tickets £15

On Saturday another local act, the Busby Babes, will be headlining a charity event. Tickets £5

Another Robin regular returns on Sunday. Pioneering twin guitar rockers Wishbone Ash featuring Andy Powell have been performing for 40 years and 2011 saw the release of Elegant Stealth, their 23rd studio album and the first recorded by the same line-up as its predecessor since 1989. Tickets £15.