There will be minimal disruption while the Tories are in Birmingham. 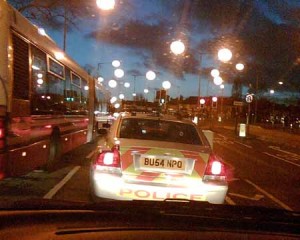 Hundreds of West Midlands Police officers will be on patrol in Birmingham during the Conservative Party conference taking place in the city from 7th-10th October.

A security ‘island’ will be imposed round the ICC, which is hosting the conference, and the adjoining Hyatt Hotel. However, Superintendent Tim Goodwin, in charge of the day to day policing of the conference, has moved to reassure local people that while necessary security precautions will be in place, his officers and other agencies are ensuring that non-conference goers will remain largely unaffected by the event, which is expected to attract 13,500 visitors to the city. “We aim to hold the conference in safety and with a minimum of disruption for Birmingham residents,” he told us.

Some 200 officers will be on duty at the ICC at any one time, and although the terrorist threat to the UK in general remains substantial, the Conservative conference is regarded at the moment as low risk. “We have no specific news of any threats,” Supt. Goodwin stated.

Police are also confident that they will be able to deal with any anti-government protests during the four days in which the Conservatives will be in Birmingham. G20-style demonstrations of the type that led to the death of Ian Tomlinson in London during 2009 are unlikely;  a TUC protest against spending cuts on the opening day is expected to attract several thousand people and a demo by pensioners groups has also been scheduled for later in the week. However, Inspector Phil Boardman, who will also be involved with conference policing, said: “We have been working with the organisers of these protests and are confident that they will pass off without any problems. We have also had no intelligence with regards to any unscheduled demonstrations that may be planned.”

Details of traffic diversions and other disruptions in the run-up to the event and during the conference itself can be found here.