One of the West Midlands leading independent retailers today announced a 49% rise in sales since the Olympics started six weeks ago. 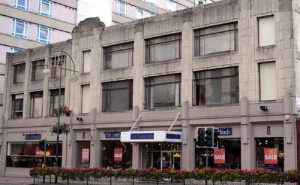 Lee Longlands, which has stores in Birmingham, Cheltenham, Leamington Spa and Oxford, believes the feel good factor generated by London 2012 has made people forget the economic gloom and boost their spending on the high street.

With more of us staying indoors due to the bad weather and the extensive coverage of the Games, consumers have had chance to take stock of their furnishings with many deciding it was time to freshen up the look and feel of their homes.

The company also reported a growing desire to buy British made furniture, with its exclusively sourced domestic products proving the most popular of all its ranges.

Robert Lee, Managing Director, explained: “We were already up 3% last quarter on like for like sales compared to 2011, but since the Olympics have started we’ve seen footfall increase dramatically and then sales for the last six weeks have gone through the roof – up some 49%.

“The success of London 2012 has definitely been a key factor. It has given the nation a real lift and pushed a lot of the negative economic news out of the media spotlight.

“When you combine this with the fact consumers haven’t been going out or travelling as much as normal, it means they’ve had more disposable time and income to spend on their home.

He continued: “The spike in sales has really been around shoppers investing in the latest contemporary sofas, dining furniture and statement pieces, such as lighting and mirrors. There has also been a big return to the luxury feel of carpets from the previous trend of wood floors and vinyls.”

The majority of the Lee Longlands revenue was spent across its stores, although the firm did record a significant increase in the number of people visiting www.leelonglands.com and placing orders through its ‘Ask the Expert’ helpline.

It has also been more aggressive on pricing and implementing promotional campaigns to ensure the consumer’s desire for quality and service, yet hunting for maximum value, is met.

One example has been the company’s commitment to source and promote Great British furniture, with its Broad Street headquarters home to more than 30 domestic brands, including Duresta, Ercol, and ViSpring.

Robert, who is the fourth generation ‘Lee’ at the helm, continued: “There’s been a lot of talk about the downturn in the economy and the high-street has undoubtedly been taking the brunt of it.

“This means as retailers we have to work harder to capture the imagination of the consumer in terms of generating value, exclusivity of the ranges and outstanding customer service.

“I was a little bit concerned about the possible impact of the Olympics on sales. I shouldn’t have worried, the upturn that took place looks set to continue with everyone now settling down to enjoy the excitement of the Paralympics.”

For more than four generations Lee Longlands has helped discerning home owners furnish their homes to the highest quality.

Its team of experienced buyers travels the world to source exclusive furniture, flooring and accessories to complete the look, with more than 60 brand names currently available in store.

This includes the UK’s first ever showroom dedicated to Frank Hudson luxury bedrooms, one of the biggest collections of Ligne Roset contemporary furniture in the country and stunning Italian leather sofas handmade by Natuzzi.